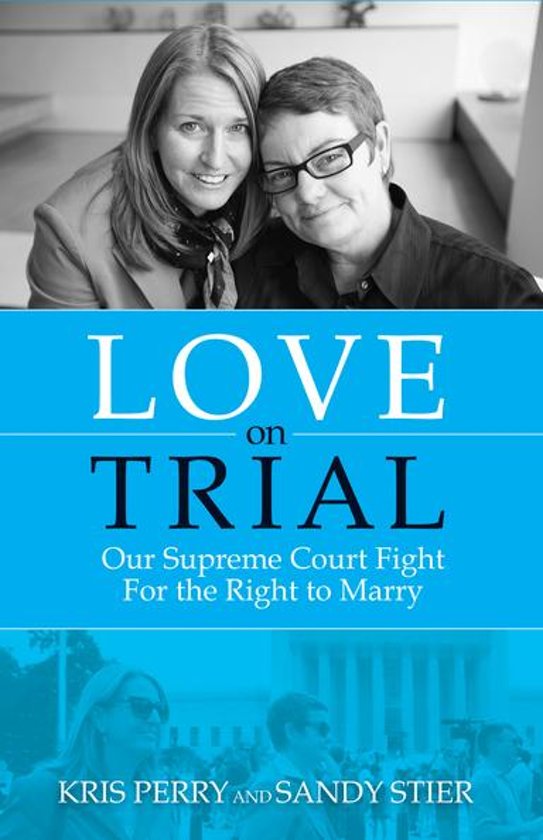 Told in their own voice, this is the story of two women who took their struggle for marriage equality all the way to the Supreme Court--and won.


Kris Perry and Sandy Stier are the lead plaintiffs in the team that sued the state of California to restore marriage equality. By 2008, when Californians voted in Proposition 8, banning same-sex marriage, Kris and Sandy had been a couple raising their four sons for almost a decade.


Living in Berkeley, they were a modern family, but without the protections of legal marriage. In alternating voices, Love on Trial tells the story of each woman's journey from her 1960s all-American childhood to the US Supreme Court, sharing tales of growing up in rural America, coming out to bewildered parents, falling in love, and finally becoming a family. From wrangling teenagers and careers to hot flashes at the Supreme Court, this book provides an honest, amusing look at a family that landed in the middle of one of the most important civil rights battles of our era.