LSE Monographs in International Studies The End of the Post-War Era: Documents on Great-Power Relations 1968-1975 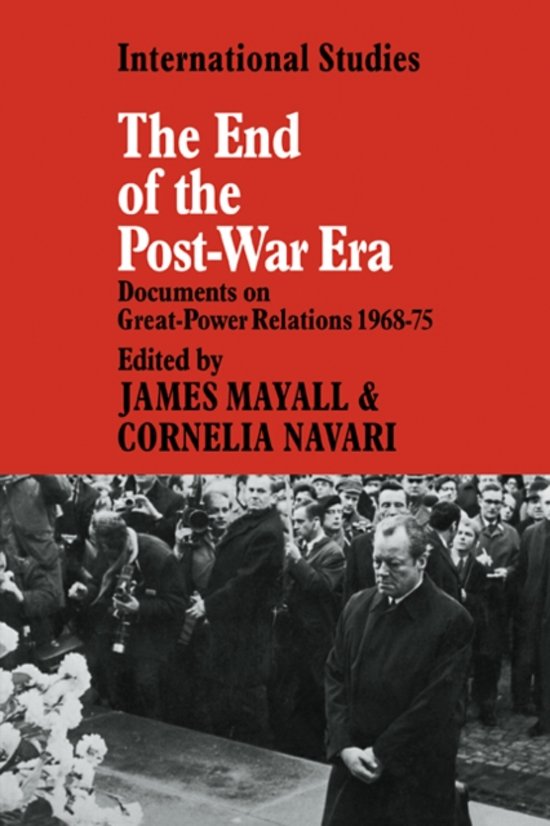 Between the Soviet invasion of Czechoslovakia in 1968 and the singing of the Helinski accords in August 1975, major changes occurred in the condition of the East-West conflict and more generally in the structure of great-power relations which had been built up since the end of the Second World War. This collection of documents, which includes the main speeches, treaties and agreements concluded between these two events, has been designed to illustrate the nature of these changes. The volume if prefaced by an analytical essay by the editors, and is subsequently divided into six sections. The first four deal respectively with the final ending of the cold war through the resolution of the problem of the two Germanies; the ending of the Vietnam War and the formal entry of the People's Republic of China into the international system; the diplomacy of detente between the super-powers and in Europe; and changes within the Western Alliance involving both NATO and the EEC, and in the Warsaw Pact.
Toon meer Toon minder