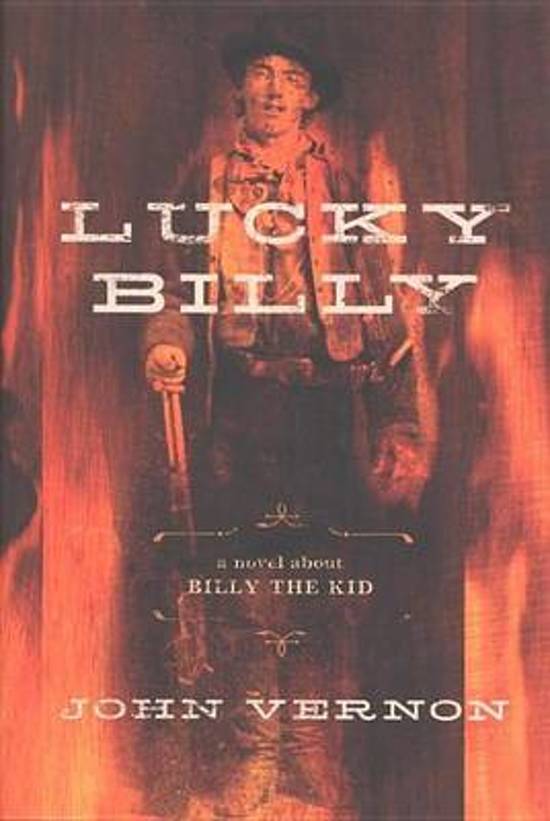 A myth-busting novel about America's most infamous and beloved outlaw, Billy the Kid, from a critically acclaimed historical novelist


According to legend, Billy the Kid killed twenty-one men, one for every year of his short life; stole from wealthy cattle barons to give to the poor; and wooed just about every senorita in the American Southwest.

In Lucky Billy, John Vernon digs deeply into the historical record to find a truth more remarkable than the legend, and draws a fresh, nuanced portrait of this outlaw's dramatic and violent life.


Billy the Kid met his celebrated end at the hands of Pat Garrett, his one-time carousing partner turned sheriff, who tracked Billy down after the jail break that made him famous. In Vernon's telling, the crucial event of Billy's life was the Lincoln County War, a conflict between a ring of Irishmen in control of Lincoln, New Mexico, and a newcomer from England, John Tunstall, who wanted to break their grip on the town. Billy signed on with Tunstall. The conflict spun out of control with Tunstall's murder, and in a series of revenge killings, an obscure hired gunman called Kid Antrim became Billy the Kid.


Besides a full complement of gunfights, jail breaks, and bawdy behavior, Lucky Billy is a provocative picture of the West at a critical juncture between old and new. It is also a portrait of an American icon made human, caught in the middle, more lost than brave, more nadve than principled, more of an accidental survivor than simply the cold-blooded killer of American myth.