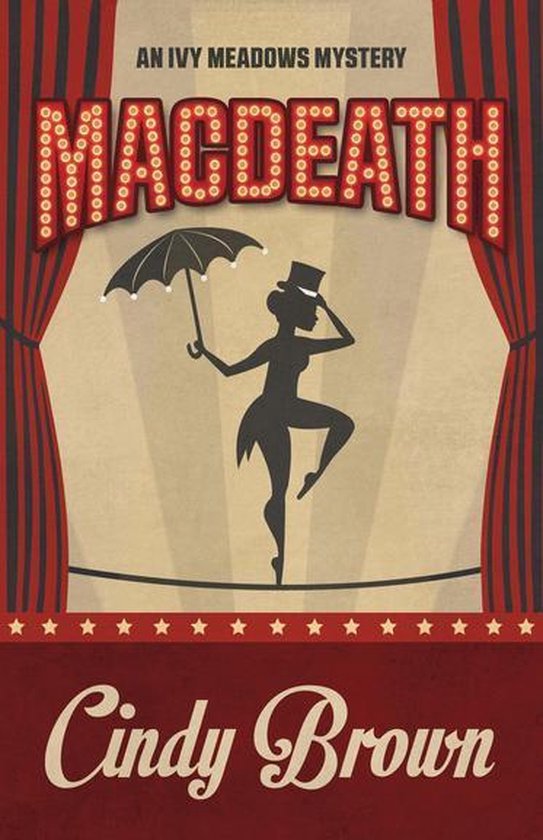 FIRST IN A NEW SERIES


Like every actor, Ivy Meadows knows that Macbeth is cursed. But she's finally scored her big break, cast as an acrobatic witch in a circus-themed production of Macbeth in Phoenix, Arizona. And though it may not be Broadway, nothing can dampen her enthusiasm—not her flying caldron, too-tight leotard, or carrot-wielding dictator of a director.


But when one of the cast dies on opening night, Ivy is sure the seeming accident is "murder most foul" and that she's the perfect person to solve the crime (after all, she does work part-time in her uncle's detective agency). Undeterred by a poisoned Big Gulp, the threat of being blackballed, and the suddenly too-real curse, Ivy pursues the truth at the risk of her hard-won career—and her life.


Part of the Henery Press Mystery Series Collection, if you like one, you'll probably like them all...


Cindy Brown has been a theater geek (musician, actor, director, producer, and playwright) since her first professional gig at age 14. Now a full-time writer, she's lucky enough to have garnered several awards (including 3rd place in the 2013 international Words With Jam First Page Competition, judged by Sue Grafton!) and is an alumnus of the Squaw Valley Writers Workshop. Though Cindy and her husband now live in Portland, Oregon, she made her home in Phoenix, Arizona, for more than 25 years and knows all the good places to hide dead bodies in both cities.