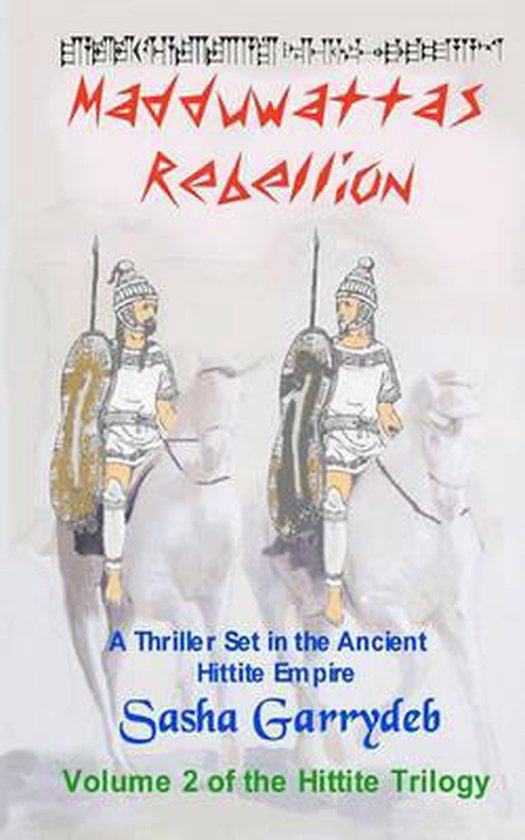 It is now three years since the Battle of the Wide Plateau (Vol 1-Murder in Hattusas) put Tudhaliyas on the throne in the realm of the ancient Hittite Empire, yet instead of feeling secure, he feels menaced. His chief spy, Satipilli, has vanished, and trouble is brewing in the west, possibly from Ahhiyawa. The Mittani are threatening Ishuwa on the eastern border, seeking revenge for their humiliation in the civil war. All this requires reliable intelligence reports. Tudhaliyas is forced to turn to the unknown faces of Mokhat and Palaiyas and asks them to go to the west, to Millawanda, and discover what has happened to Satipilli, the chief spy of the Hittites. On their journey, at the outset they are followed with someone trying to kill them; with each failure, their attempts become more desperate. The assassins follow Mokhat and Palaiyas but are then dissuaded just before Millawanda; but they suddenly reappear in Egypt. Somebody doesn't want them to complete their mission. At the close of the Old Kingdom in 1417 BC, Madduwatta, the Governor of Lukka, a vassal of Tudhaliyas, has plans of his own. How is he implicated in all this? He has his eyes on Arzawa. He badly needs friends, and will ally himself with anyone prepared to help him achieve his goal. But who has stirred him up? Who has gone to these lengths to create a rebellion for the Hittites? Meanwhile, Ahhiyawa is in the grip of a Civil War, with two brothers fighting it out for the throne. The outcome of the conflict will impact on their neighbours, Arzawa, the Hittites, and the Governor of Lukka. From Milllawanda, Palaiyas, a Prince of Tiryns, decides to go home to make peace with his father, the king. While in Tiryns, he's abducted by his uncle, Electryon, the king of Mycenae, and brought to account for his desertion from Keftiu (Crete); then forced to complete his tour of duty. Mokhat follows him and rescues him. After fleeing to Khemet (Egypt), stopping at Ugarit, and then being captured by pirates near Lukka, they finally discover the truth in Ura. In this adventurous romp through the ancient Mediterranean, Mokhat discovers love, and Palaiyas is ultimately reunited with his wife and child in Hattusas-all in a search for Satipilli, the missing chief spy of the Hittites. This is the 2nd Volume of the Hittite trilogy. Volume 3 is scheduled to be published in 2012.
Toon meer Toon minder