Madison Heights The Realities of Hope 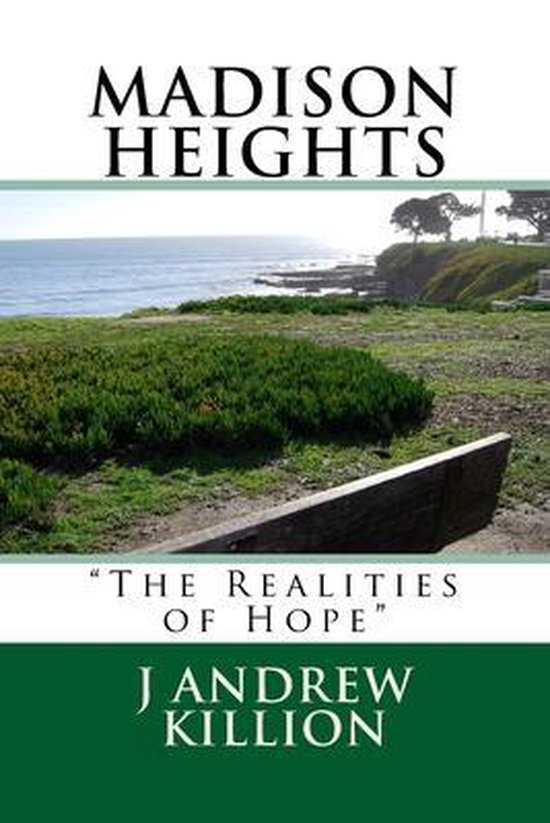 MADISON HEIGHTS, The Realities of Life, is a unique love story that exposes the comical side of life. The setting is in a low-income public housing project that was predominantly African American. While each storyline is serious in nature, the plots will bring laughter to your heart while the suspense keeps you on the edge of your seat. Its not always easy to believe in love, especially when the parties involved come from such diverse backgrounds. But you will be intrigued as you follow the main players as they stumble their way through day to day misadventures where the obvious is somehow misinterpreted. Neither of the two main characters was looking for love. On the contrary, they were simply minding their own business as they went about their day-to-day activities when they were blindsided by love. Being in the right place at the right time will sometimes triumph over careful planning. This is what happened to these four individuals who suddenly finds themselves in the position to realize a wonderful life neither of them had ever thought possible. The question then became, would they trust their hearts and say yes, or would they reject their feelings and embrace the notion that in reality things like this simply does not happen or make any sense? This story also includes a Good Samaritan who always thought of others before he considered his own well-being. Then there was also a wife who took it upon herself to make a chance decision she prayed would secure her and her husbands golden years. But her methods also succeeded in creating tough times for her and her husband during most of the last 23 years of their marriage. There was also a kind-hearted husband and father who considered himself as one of lifes biggest failures. He desired a better life for his wife and children, but the dreams he saw so vividly in his mind always seemed to come up short of success when he attempted to bring them to life. With every penny being counted, he becomes angry with his wife, a Christian, when he learned she had been sending money to televangelists. After a huge blow up he goes for a ride and thinks about giving up on life when the Holy Spirit spoke to him and told him to go home and lead his family in prayer. He would be rewarded for his obedience. And finally there was a humble city employee who loved his wife but was told he wasn't good enough for her. His instincts were to crack some heads, which he did for a short time. But when the whispered continued he turned to alcohol and isolation. If not for a visit from his wifes pastor he would have thrown away a unique talent that in reality would prove to be priceless. You will also read about other characters and subplots that will guarantee you will not want to put this book down. If you are looking for a feel-good love story with an entertaining storyline, MADISON HEIGHTS, The Realities of Life, will have you laughing and even shedding a few tears as you learn about the hopes and dreams of people living on the edge in the inner city.
Toon meer Toon minder