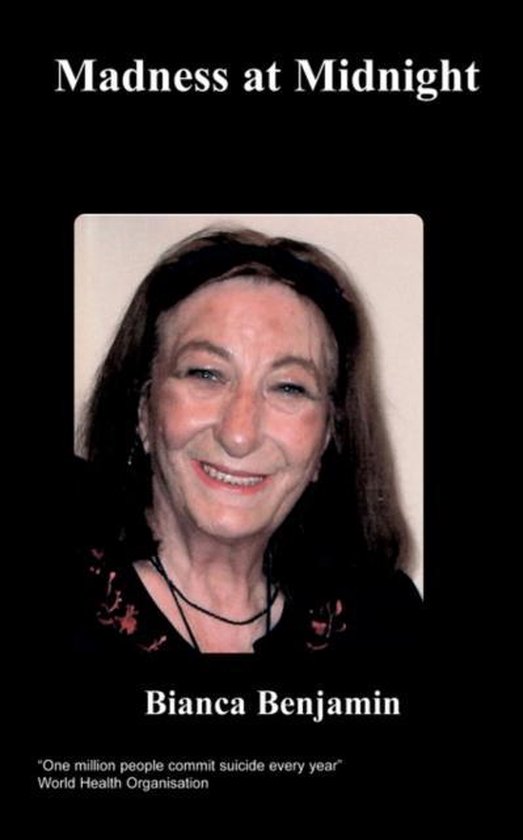 by Bianca Benjamin ISBN 13: 978-1-905610-49-5 Published: 2006 Pages: 100 Description This is the story of an actual encounter with deep, dark and largely unexplained forces. Not a nice comfortable story with a happy ending but rather a raw, emotional journey littered with the sort of trials and challenges most of us will be fortunate enough never to have to face. Bianca is a schizophrenic, she has spent much of her life in hospital, battling her illness. This is her unique story. About the Author Bianca Benjamin's first mental breakdown in her early fifties, her subsequent psychosis left her isolated from her family. She became a figure of humiliation and embarrassment amongst her friends and eventually ended up sectioned in North London hospital under the mental health act. She was diagnosed as schizophrenic and has spent the rest of her life battling not just her mental illness but also the prejudices and ignorance of friends and family. As she herself says; "No psychiatrist ever made a jot of difference to my mental recovery. The only thing that has helped me has been the love and support I have received from other mentally ill people and sympathetic friends. Book Extract In 1981 I joined the Rosicrucian Order based in California. They sent out monthly monographs which I read and studied avidly as did Leon. They were essentially metaphysical teachings showing how to open the psychic centres. I practised the exercises and in 1982 I had my first out of body experience. I awoke and felt as if I was having a heart attack. My astral or dreaming body was struggling to get out of the physical and managed to do this. My astral body reached the door of my room, opened it, and there was the ghostly body of a little child on the other side. I was so afraid I slammed straight back into my body on the bed. From then on astral projection became an habitual occurrence in my life. I also taught myself how to read the tarot and became very immersed in the archetypal images of this great mystery. However I was depressed. I put this down to the fact that I had no money. I had tried to go back to teaching Economics and accepted a post at Barnet College. However when faced with the students and the blackboard my knowledge dried up and I found I could not remember my economics . The students liked me but I had to leave, that part of my life was over. I had taught Economics for twenty years very successfully both in Sierra Leone and in London. This was now over. When I reached home Adrian had decorated my room and all was harmonious. Leon brought me magic mushrooms - the first time I had taken mind expanding drugs. I played Oxygene and Gregorian chant on tape while I tripped. The trip was incredible. I saw God as everlasting truth infinitely revealed and I saw him as a dealer of cards. In November 1982 I had an anaphylactic shock, a combination of pain killers and alcohol. The painkillers were subsequently withdrawn from the market. I was in a lot of pain and decided to go to Newcastle to visit Muriel Hedman my Rosicrucian friend. She proved a great source of comfort and inspiration to me and by the sea I experienced a healing process. Muriel and I visited one another on a fairly regular basis for a few years and our friendship lasted until I became chronically mentally ill when it ceased. I had a few friends visiting at "Prescott" though I had already embarked on what was to become an increasingly solitary path. My creativity had been activated in Montreal 1980/81 and I did most of my writing in this period not all of it metaphysical. I did start a text book in "A" level economics which I never finished.
Toon meer Toon minder