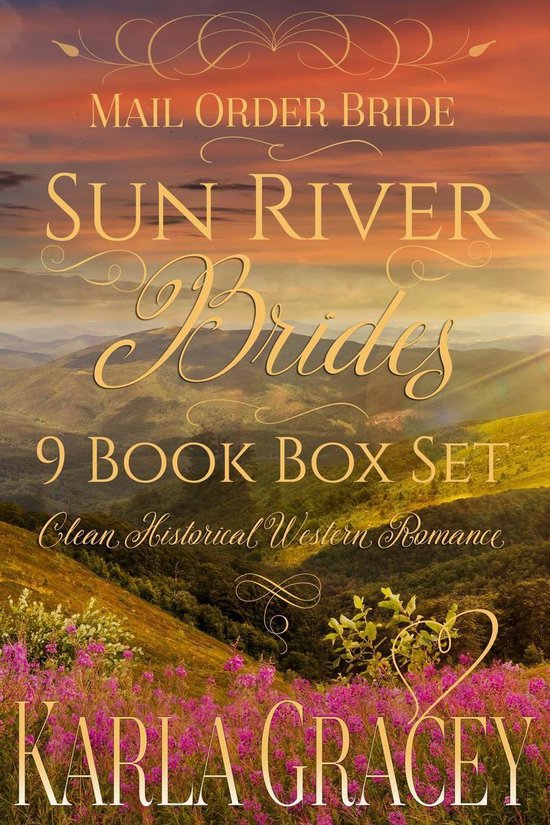 
Come along for the ride to meet feisty Boston city girls who know what they want, and rugged Montana men who just need to be loved. It's 1900, and things are changing fast in sleepy Sun River. As the town begins to expand, its inhabitants are getting restless, looking for love and adventure.


A Bride for Carlton


Why would an accomplished governess respond to an advertisement in the Matrimonial Times? Myra Gilbert had never considered such a thing, but something has awoken within her and she is determined to take her chance on love.


Carlton Green claimed his lands, and now has the deeds in his grasp. But something is missing in his life. Will his quest to find love fill that hole, or is there something from his past that could change everything and leave him with nothing?


A Bride for Mackenzie


Annie Cahill has had a tough life, forced to leave home and work from an early age to support her sick Mama and younger siblings. Always the one everybody else could rely on she decides to finally reach out to take something for herself. But will she find the courage to see it through?


A Bride for Ethan


Maggie Smith left her home and family behind her to forge a successful career. But she is beginning to wonder if it truly was worth all the sacrifices she has made. But her desire for a family and loving partner may be a challenge to far. Has she already had everything she dreamed of, and foolishly pushed it away?


A Bride for Thomas


Catherine Parker has been brought up in the lap of luxury, and has always expected she would someday make an expedient marriage, but when her Papa insists she marry a man she knows he despises she has no choice. But will she find the love and companionship she craves, or is she merely trading one kind of hell for another? Can she trust a stranger to care more for her than her own father?


A Bride for Matthew


Emily Wilkins has led a glamorous life, part of a famous Circus family she has her own Act and a loving family. But a dramatic accident in the Ring means she has to face up to the fact that she never felt she fitted in. With her faithful donkey Claude she sets out for Montana to heal and find herself, but she gets much more than she ever bargained for.


A Bride for Daniel


Alice Springham has worked as a maid in a top Boston hotel since she was a girl. But she is feeling restless. Not knowing what she wants she answers and advertisement in the Matrimonials that made her smile. She has no idea if it is love she is missing, or if she even wants to wed. Will she ever learn what it is she truly wants?


A Bride for William


Madelaine Crane has led a life of privilege, but her comfortable life has been ripped apart by scandal. Can she overcome the gossip and forge her way to a life of fulfilment and love despite their censure?


A Bride for Aaron


Frederica Milton has been struggling to find her place in the world since the tragic deaths of her parents. It is time for her to take her destiny into her own hands. Our feisty heroine places an advertisement for a husband, but will she finally find what she truly longs for?


A Bride for Gideon


Alberta Freemont, the daughter of a prominent Boston politician knows all about the need to marry well and that love isn't always a consideration. Yet, she finds herself alone and with no husband as her friends are all beginning to marry and have children. Longing for a child of her own, she is prepared to take matters in to her own hands, but will she find more than she bargained for in the wilds of Montana?