Maiz y Coca-Cola Adventures, Scrapes, And Shamanism In The Amazon And Andes 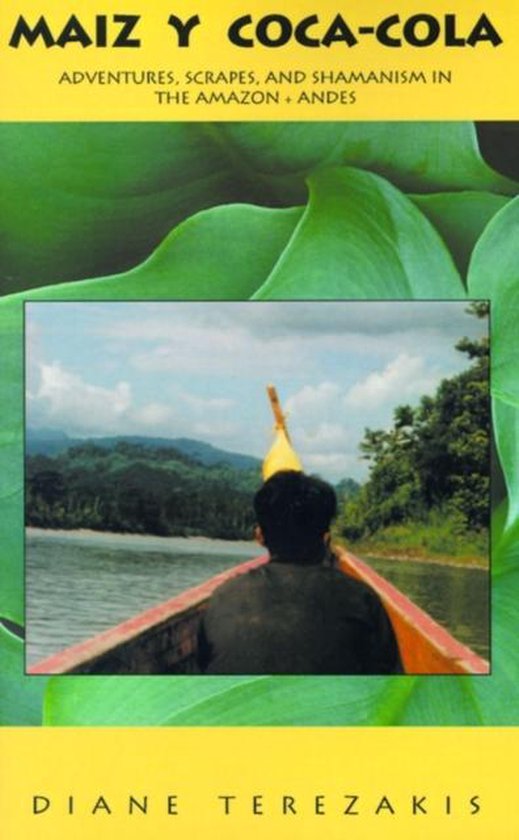 Whether sharing knowledge attained through a sacred plant ritual, the romance she finds with a leader of the Huaorani, or the tarantulas that frighten her while she bathes, Diane Terezakis authentically shares her experiences as if unashamedly talking to a best friend. Dianes quest for the elusive, yet eclectic state of enlightenment is an inner and outer journey, where she seeks to acquire shamanic wisdom as well as to learn about herself, and although she has a game plan in mind, Diane follows the path that the Universe governs.


Part One: Civilization, chronicles the introductory voyage that takes the author through the Ecuadorian Amazon and Andes, meeting shamans she wants to return and study with, the indigenous and the gringos she befriends along the way, the scrapes she gets into, and the reflections on significant episodes in her life. In Part Two: Ecuador, Colombia, and Peru, the authors mentor, a shaman in the Ecuadorian Andes, Dr. Valentin Hampejs, helps point the way toward other medicine men for her to supplement her studies with after her disappointing stay with the Secoya shaman, Don Cesario. Enlightening rituals with Dr. Hampejs, a romantic relationship with the Huaorani, Moi, and fun times with her quasi-cousins help balance her disappointment. Chauvinism, greed, and alcohol have marred many of the medicine men that the author finds. Journeying through the Andes while El Ninos ravishing of roads has made travel dangerous, Terezakis precariously makes her way into the Peruvian Andes, plagued by recurring dreams with important messages that eventually lead her back home.


Elixir qualities aside, inhabitants of the Amazon jungle and the Andes Mountains (symbolized by Maiz) are becoming perpetually Westernized (symbolized by Coca-Cola emblems throughout South America), and the terrain is sadly changing. Oil companies decimate the Amazon daily, and cultures in both vicinities are losing their hold. As if catching fleeting moments on film, Diane attempts, through her memoir, to immortalize the beauty of the jungle and the mountains while capturing comic moments, vulnerable, endearing episodes, thought-provoking tragedies, and painful disillusionment. Dianes passages weave into an unforgettable scrapbook of her travels in South America.