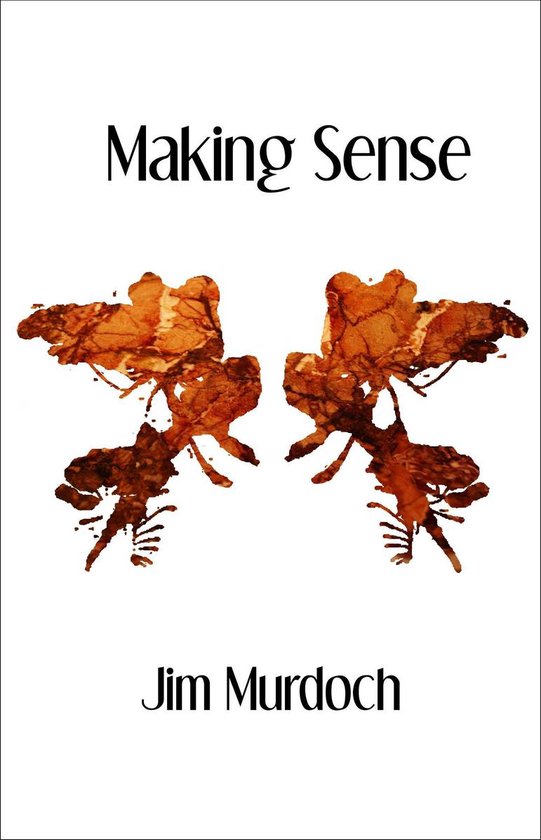 How do you make sense out of life? Some say that you can't and it's not worth the effort; just take things as they come. Still, most of us do make some effort to find order to our lives. We think up reasons, concoct justifications or invent excuses to give our lives meaning. In this collection of short stories from Scottish writer Jim Murdoch we meet twenty people who have nothing in common apart from this gnawing need to make sense out of their lives.

In one of the stories a murderer describes the thrill of his first kill who sounds like she might be the girl in "Objects of Affection and Intention'. She's just left her boyfriend, David, because he prefers the company of the guy from 4G. David works with the guy from "Life' who, whilst waiting at the bar about to have his first extramarital fling, gets propositioned by the wife of the guy in "Tomorrowscape' who's also about to meet a sticky end. In the first story we're introduced to number-obsessed Thomas who lends his pen to the girl from "Coping'. He doesn't realise she's scribbling a note to put in her baby's buggy which she's planning to abandon in the local supermarket. Of course the guy in "Stray' who's taken over her bedsit stinking of Napisan knows nothing of this just as the woman in "Islands' is completely ignorant of the fact that the woman in "Poise' is having an imaginary conversation with her.

We all imagine that other people are coping much better than we but that is so not the case. In this collection we encounter men, women, parents and children, all doing their best to answer the self-same questions, and where their five senses fall short they have to rely on their other senses: their sense of humour, of justice, of right and wrong, of decency...

Some of the stories are written in dialect—the comedian is a Cockney, the father in "Zeitgeist' is a Glaswegian and the bolshie narrator in the last story, "Monsters' sounds like he might've walked straight off the set of The Sopranos—but it doesn't matter where you are in the world, you still have the problem of how to make sense of things. For some growing old is the problem: Dan in "Zeitgeist' and the comedian in "Funny Strange' struggle to come to terms with a changing world, Katie, in "Katherine and Juliet' struggles to come to terms with the fact she's adopted and the narrator in "Scent' puts a brave face on but he's still struggling with an embarrassing sexual predilection.

There are no answers for most of these people just as there are no answers for most of us but it does make life a bit more bearable if we get to moan about things every now and then, to air our grievances and that's what we get here. Some you won't be able to relate to but the odds are by the time you've reached the end you'll have found someone whose life rubs shoulders with yours. Maybe they were sitting next to you on the bus having an imaginary conversation with you. Maybe they followed you to see where you vanished to at lunchtime. Maybe they were waiting in the dark to stab you to death.