Man of the Sword 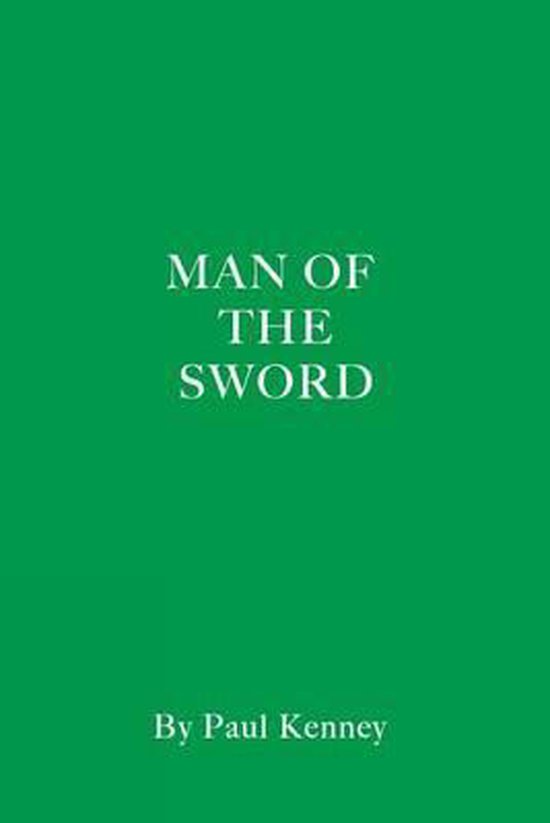 It is September, 1918 and the war to end all wars rages in France. On his way back to the Western Front, a young American Army captain from the 69th New York Regiment is waiting anxiously on the platform of London’s Waterloo Station. It is there that he spies an old man reading from a crimson text. As the train for Southampton arrives, the old man suddenly speaks. “My travel takes me to the end of the line. Your company is welcome within my carriage.”The young American accepts the old man’s invitation and soon discovers that his traveling companion served with The Irish Brigade during the American Civil War. Through the recitations of this mysterious old man, we bear witness to times of sorrow and adventure.In 1846, Ireland is in the death grip of the great famine, when young Thomas Francis Meagher returns to his native City of Waterford. The son of a wealthy Catholic merchant, he has returned from the Continent to discover that his father has moved the family homestead away from the quay on the River Suir. On a foggy night, while engaged in the pursuit of ladies of the evening, he discovers the reasons why. Suddenly, he is confronted by the pleas of the desperate and the malnourished who are seeking to book passage on a coffin ship bound for America. One of these, a young mother whose children are dying, leads him to the misery of a famine house. It is there that he encounters Brother Edmund and accepts his challenge to help uplift the oppressed of his beloved Ireland.Thereafter, at Dublin’s Conciliation Hall, he rises in opposition to the Great Liberator, Daniel O’Connell, by calling for armed rebellion against British Rule. This is the night when he receives the name that will carry him across the pages of history. This is the night when he becomes Meagher of the Sword and the leader of the Young Ireland Rebellion. His courage and his quest for freedom will condemn him to life in exile within the prison colony of Tasmania. It is there, where his faith and his courage are sorely tested. It is there, where he falls in love with the entrancing Catherine Bennet. It is there where he once again defies British Rule and escapes to the promise of freedom in America.The famine Irish have flocked to New York City on a tide of desperation. When Meagher arrives, his notoriety and his charismatic appeal as a public speaker propel him to prominence. He is a staunch advocate for his people, first as the editor of The Irish News and then as a trial lawyer, thereby developing a massive loyal following. He speaks out courageously for a free Ireland and an America where all men will find liberty. When The American Civil War commences, he joins up with The Sixty Ninth New York Regiment. He is fearless in battle and a self-taught military tactician. These qualities cause President Lincoln to appoint him a brigadier general and the leader the Irish Brigade, a collection of rogues, poets and killers who fight like hellcats in the bloodiest of battles and win the lasting admiration of Ulysses S. Grant.After the War, Meagher becomes the acting governor of the Montana Territory and a man of the West. It is there, where he seeks to build an “Eden of Liberty” amid the mountains and the clouds and to prevent the bloodshed of the Indian Wars. It is there where he once again will continue his undying quest for freedom.
Toon meer Toon minder