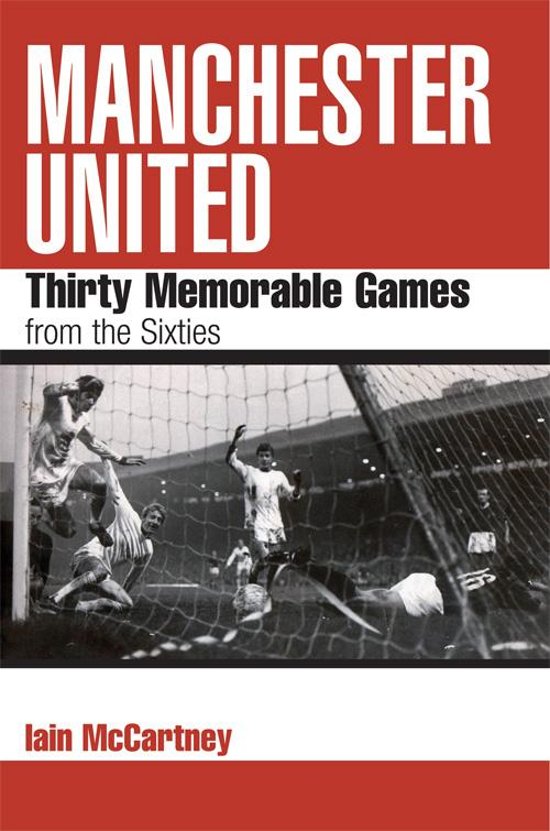 England's 1966 World Cup victory brought thousands of new supporters flocking to games and Manchester United revelled in the post 1966 boom, never looking back, as far as attendances were concerned. Within the pages of this book, we travel back to those fondly remembered days and relive the defeats, as well as the victories in Manchester United's Thirty Memorable Games of the Sixties.

The sixties are still considered something of a mythical decade. The Profumo Affair rocked the government; match fixing allegations rocked football; music, well it simply rocked to the sound of the Beatles, the Rolling Stones and Tamla Motown; while the Stretford End rocked to the brilliance of Best, Law and Charlton. Many who were around at the time will confide that the 'free love' part of the decade simply passed them by. If you were a football lover, however, you certainly made sure that you did not miss Manchester United and the merlinic trio if they were within travelling distance of where you lived. In the 1960s, and indeed the decade preceding them, supporters would not think twice about going to watch a team other than their favourites, as there was a wealth of exciting players scattered throughout the First Division at this particular time.

Manchester United of course, were blessed with the three European Footballers of the Year, but they only strutted their stuff together in the latter half of the decade. Strange as it may seem, the United of the early part of the sixties, although containing some talented individuals, were a team who could scale the heights one week, while seven days later be so mediocre that slow hand claps and boos would replace the clatter of the wooden rattles as they celebrated yet another goal. Football was still relatively free of any tactical hindrances and games, often played out on a quagmire of a pitch, flowed from end to end with gay abandon. It was a sport, not a business.

Iain McCartney has previously written, among others, biographies of Roger Byrne and Duncan Edwards, and he has ghost-written autobiograhies of Norman Whiteside and Kevin Ratcliffe. As well as writing books, Iain has contributed to the Manchester United and Queen of the South matchday programmes. Iain's first publication for Breedon Books was 2008's Queen of the South and more recently: Manchester United: The Forgotten Fixtures.