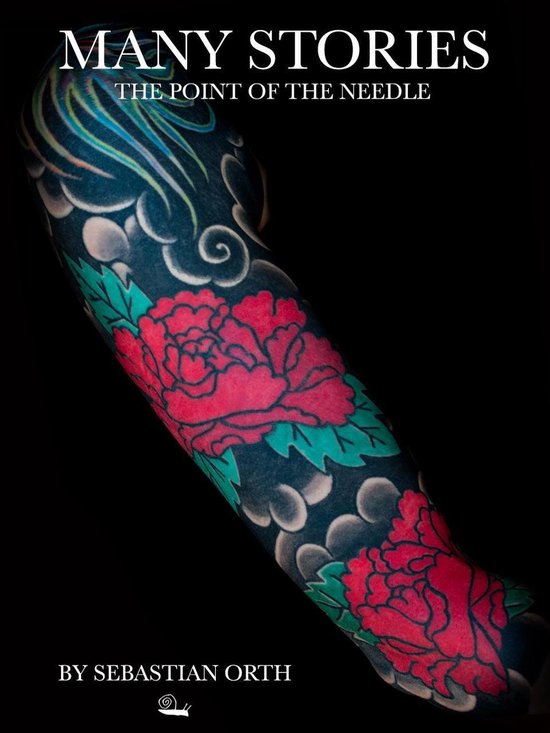 MANY STORIES: The Point of the Needle


The son of an English teacher and a college professor, Sebastian Orth's moment of awakening took place at the age of seventeen in the biology class of a California high school. It happened almost accidentally, with a single drop of drawing ink and the insertion of a dissection probe into the skin above his hand. Poking holes through his flesh. Allowing the ink to penetrate and mark him forever. He knew then what he wanted, and what he wanted to be. Beginning his career as a self-confessed "scratcher' without technical training while working and being tattooed in back rooms and musty garages, Orth progresses through trial, error and indomitable spirit and discipline to the height of his profession as he emerges, finally, as a tattoo artist. Exploring and encountering everything from tattoo addiction to epilepsy along the way.


Sebastian Orth was raised in San Luis Obispo, a small town on the central coast of California, which has been called the happiest town in America. His mother is a professional world traveler famous for never having lost her luggage; she also taught high school English for 35 years. His father was a professor of English and Utopian Studies. He was also a sailor, which meant that as a boy, Sebastian became accustomed to exhaust fumes while hooking up the trailer hitch of the family car to one of the many types of boats that his father captained. This may or may not have been partially responsible for what happened next.


At 17 years of age, Sebastian was given a sharp dissection probe during a high school biology class project and fortuitously tattooed a dot on his left hand… an enlightenment, of sorts, took place and his life found direction.


Today, more than twenty years later, he is still working with sharp objects (although his techniques are more refined) as owner and tattooist at Otherworld Tattoo in Santa Barbara, California. His colorful and diverse work is tattooed on the skin of thousands, including academics, artists, airline pilots, musicians, novelists, and other tattooists, along with his wife, and family.


Epilepsy, which afflicted him at age 30, became both a demon and a teacher while his struggle to control and conquer it has been pivotal in redefining his values and altering the course of his existence.


When not tattooing, Sebastian paints in many styles, from realism to abstract, on canvas, wood and plaster. In fact, anything that stands around too long is likely to become a piece of art. He attributes much of his early inspiration for this and his tattooing to his brother Joel, a college professor who, many years ago, introduced him to the anti-establishment bands of the early 1980s like The Clash, Social Distortion, and The Exploited. This was the "protest" music of his generation and opened his mind to a "secret" world, both in art and music that existed outside of the mainstream of the time.


Most mornings, you can find Sebastian deep in conversation with the collection of Bonsai that inhabit the garden at the rear of his home and, at the end of almost any day, out walking the streets of Santa Barbara with his boxer dog, Mars, and his wife, designer Catherine Masi. At night he will be building models for his train set. Don't bother him then.