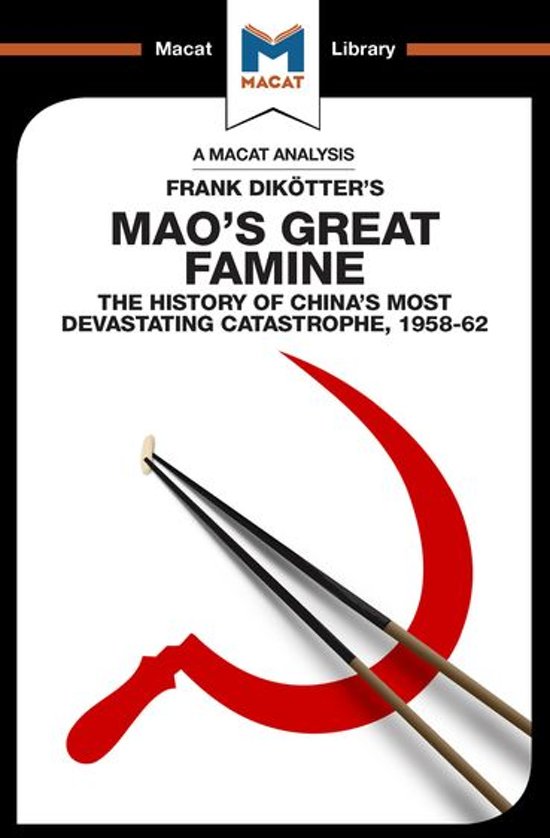 The power of Frank Dikötter's ground-breaking work on the disaster that followed China's attempted "Great Leap Forward' lies not in the detail of his evidence (though that shows that Mao's fumbled attempt at rapid industrialization probably cost 45 million Chinese lives). It stems from the exceptional reasoning skills that allowed Dikötter to turn years of researching in obscure Chinese archives into a compelling narrative of disaster, and above all to link two subjects that had been treated as distinct by most of his predecessors: the extent of the crisis in the countryside, and the actions (hence the responsibility) of the senior Chinese leadership.


In Dikötter's view, ultimate responsibility for the catastrophe lies at the door of Mao Zedong himself; the Chairman conceived and ordered the policies that led to the famine, and he did nothing to reverse them or limit the damage that was being wrought when evidence for their disastrous impact reached him. Dikötter's ability to persuade his readers of the fundamental truth of these arguments – despite his admission that his access to sources was necessarily limited and incomplete – together with the clear structure of his presentation combine to produce a work that has had enormous influence on perceptions of Mao and of the Great Leap Forward itself.