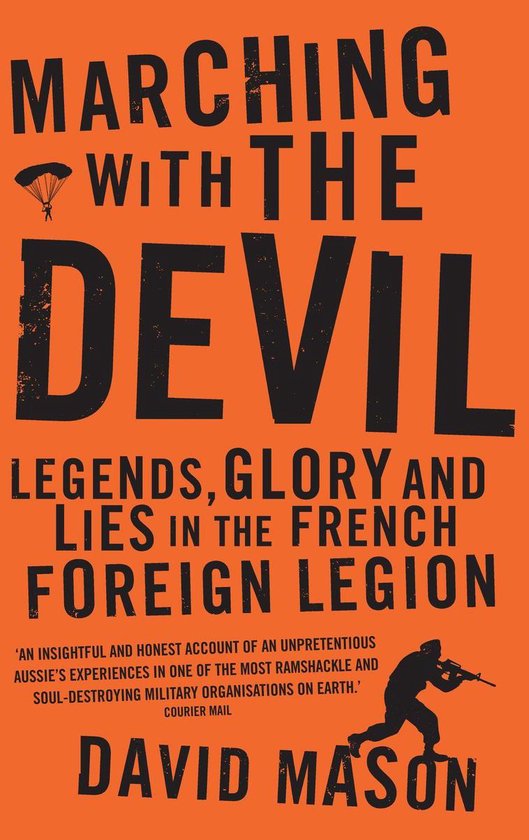 David Mason graduated from the Australian National University with a law degree and an honours degree. Like those around him, he could easily have settled for a life of share portfolios, good suits, new cars and big houses. But David wanted more – he wanted a challenge, an adventure, something beyond the ordinary that would test him physically and mentally. He looked around to see what he could do. Working in an open-cut mine . . . done that. Running a marathon . . . hmm, not hard enough. Climbing Everest . . . maybe? Joining the French Foreign Legion . . . perfect! MARCHING WITH THE DEVIL is the gripping true story of what happened when an Australian lawyer left his comfortable existence and joined the legendary French Foreign Legion. He stayed for five years and served time in the elite Parachute Regiments. With the motto "March or Die', the legion has a history of pain, grief and glory. David Mason takes us behind the myth to reveal exactly what happens: the adventure, the danger, the drinking, the fighting and the lies that sustain the legend.