Marching with the Devil Legends, Glory and Lies in the French Foreign Legion 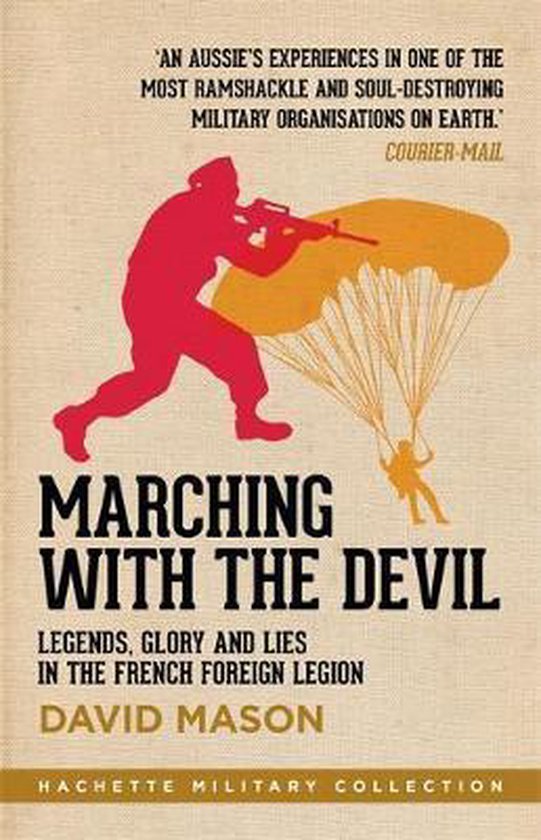 'An unpretentious Aussie's experiences in one of the most ramshackle and soul-destroying military organisations on Earth.' COURIER-MAIL A real-life boy's own adventure, MARCHING WITH THE DEVIL is a hell-raising account of five years in the infamous French Foreign Legion. 'In 1894 a French Foreign Legion General said, Legionnaires, vous etes faits pour mourir, je vous envoie la ou on meurt. Legionnaires, you are made for dying, I will send you where you can die. When I was in my mid-teens and first read those words they were powerful and confronting. I read them as a challenge and an invitation. The words, and the feelings they evoked, remained with me until I was ready. On 20 May 1988, I enlisted in the French Foreign Legion.' Searching for something he wasn't finding in his life in Australia, David Mason joined the French Foreign Legion. This is a frank account of how Mason came first in basic training, trained other Legionnaires, went to Africa, did sniper, commando and medic training and took part in two operations, both in the Republic of Djibouti where a civil war nearly crippled the nation. It tells of his daily life in the Legion, in the training regiment, in Africa and with the Legion's Parachute Regiment. But more than this: it reveals his disillusionment, frustration and disappointment with the much mythologised Legion, and how the Legion today is not what it seems - or could be. Now part of the HACHETTE MILITARY COLLECTION. 'Remarkable' THE AGE
Toon meer Toon minder