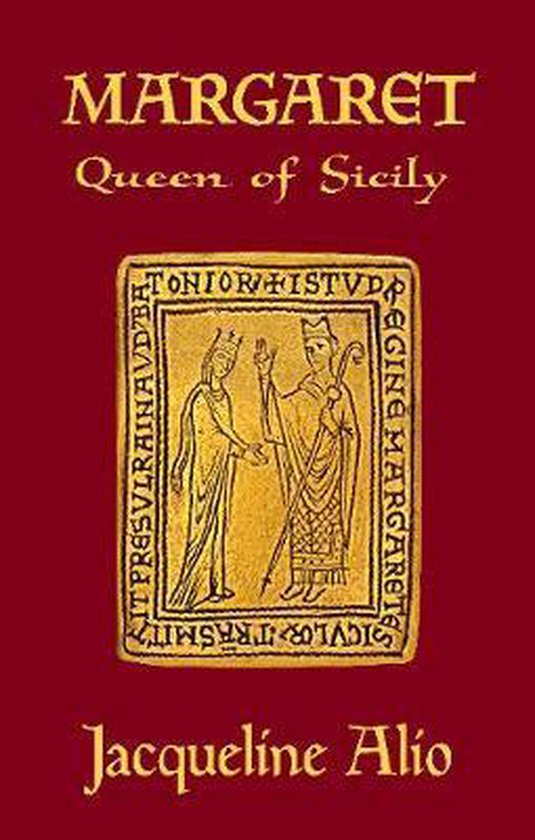 Sometimes it takes just one strong woman to tame a pack of zealous men. Meet Margaret of Sicily. For five years during the twelfth century, Margaret of Navarre, Queen of Sicily, was the most powerful woman in Europe and the Mediterranean. Her life and times make for the compelling story of a wife, sister, mother and leader. This landmark work is the first biography of the great-granddaughter of El Cid and friend of Thomas Becket who could govern a nation and inspire millions. In Margaret's story sisterhood is just the beginning. The Basque princess who rose to confront unimagined adversity became the epitome of medieval womanhood in a world dominated by men, governing one of the wealthiest, most powerful - and most socially complex - states of Europe and the Mediterranean. This book is the result of original, scholarly research in medieval chronicles and manuscripts - some never before translated into English - yet its narrative is lively and interesting, exploring the essence of the queen's personality. In addition to its main text, the volume presents fourteen pages of maps, four genealogical tables and numerous photographs, reflecting information gathered by the author in Italy, Spain and England (and even in the United States). Her research took her from the tiny town in Navarre where Margaret was born to the locality in Sicily where the queen died, and a lot of places in-between. The author's keen knowledge of history and her mastery of Italian, Spanish, French and Latin aided her in following every step of Margaret's journey. If you could travel back in time to the twelfth century, Ms Alio would be the perfect guide, and in this book she guides you through an eventful life in a perilous age. Chapters detail Margaret's life but also her world, from Pamplona to Palermo. The chapter on Monreale's splendid abbey, erected on the orders of Margaret and her son, is a sophisticated guide to this unique place, offering the reader nuggets of information rarely mentioned in travel books. Ten appendices provide information on the chronicles of Hugh Falcandus, Romuald of Salerno and others, along with the hard-to-find original texts of both surviving codices of the Assizes of Ariano, the legal code enacted by Margaret's father-in-law in 1140. There is a timeline and over 400 end notes, and a bibliography with hundreds of sources cited. (The text was peer reviewed.) There is much in these 512 pages for the armchair historian but also for the hardcore academic, everything from the analysis of sources like chronicles and royal decrees to maps of medieval Palermo. This work is so exhaustively documented that the 'back matter' containing notes, appendices and the detailed bibliography is almost as long as the main narrative text. This book is full of interesting details. For example, Margaret was one of the few women of her century to govern a population that included a substantial number of Muslims. Closer to our times, Palermo-based Jackie Alio stands out as the only Sicilian woman writing books in English about the women of medieval Sicily. She lives and breathes Sicilian history. Her previous titles include The Peoples of Sicily: A Multicultural Legacy and Women of Sicily: Saints, Queens and Rebels. She authored the first English translation of the Ferraris Chronicle, written in Italy before 1228. A defining biography, Margaret, Queen of Sicily is the longest monograph of its kind written in English by a Sicily-based historian. At a time when academic publishers are reluctant to publish anything this lengthy, it is an exhaustive work in the tradition of the tomes published in decades past. It touches a number of fields: Norman and Navarrese culture, the power of medieval women, twelfth-century politics, the nature of multicultural societies, the role of religion in the Mediterranean. With the publication of this book, our knowledge of Europe's complex twelfth century is one step nearer completeness. Queen Margaret would be proud.
Toon meer Toon minder