Maria Jolas, Woman of Action A Memoir and Other Writings 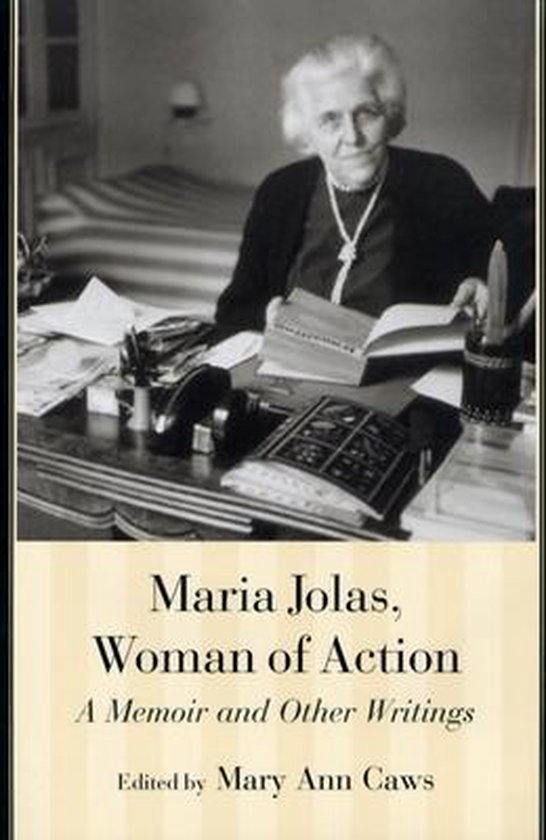 Maria McDonald Jolas, a member of a distinguished Kentucky family and cofounder with Eugene Jolas of the international literary journal transition, has been called a survivor of the heroic generation and, somewhat to her discomfort, the leading lady of Paris literati of the Thirties. Her memoir and other writings, edited and introduced by Mary Ann Caws, reveal the truth in those accolades as well as the measure of her contribution to our understanding of modernism. Completing the portrait of her family's life begun in her husband's autobiography, Man from Babel, this volume sheds light on the remarkable achievements of the other half of a celebrated partnership. As one of the primary forces behind transition, Maria Jolas helped introduce the world to the twentieth-century's literary avant-garde, among them Gertrude Stein, Archibald MacLeish, Allen Tate, Ernest Hemingway, Samuel Beckett, William Carlos Williams, and James Joyce. A skillful translator, Jolas is renowned for her renderings of Gaston Bachelard's philosophical texts, Nathalie Sarraute's novels and plays, and works by Joyce. In addition, Jolas founded an influential school, the Ecole Bilingue in France, and the celebra
Toon meer Toon minder