Marjorie White Her Life and Work 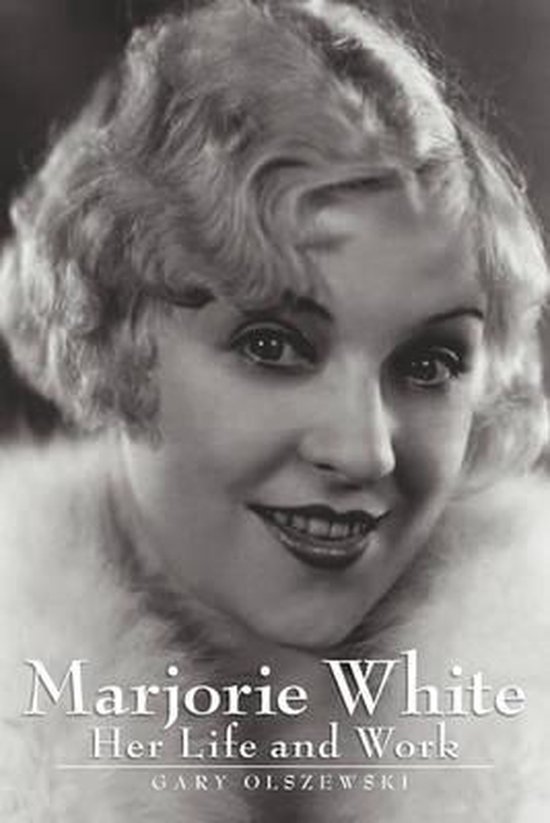 "Marjorie White" details the life story of an actress of the '20s and '30s, a top starlet of her day, but virtually forgotten today. She was among the most talented of young comediennes of her era, and had she not died tragically at such a young age, on the very verge of top stardom, would have been among the names most highly remembered these years later, as the equal of such silver-screen luminaries as Jean Harlow, Betty Hutton, Martha Raye, and the others who achieved their own fame in that "Golden Age" of stage and cinema. Born in the provinces of Canada, she was an outgoing performer from her earliest childhood, Worked the WWI years with the Winnipeg Kiddies performing troupe, and went on to accclaim on the Vaudeville stage, and made her screen debut in the light musicals of the late 1920s. With but 15 films to her credit, her inborn Joie De Vie and outgoing elan, she easily stole the show and overshadowed even the biggest names to whom she played "second fiddle." Her story in these pages should remind everyone why she deserves to chronicled to performance history and remembered with a warm smile. Sometimes humorous, other times sadly ironic, it should bring to everyone's heart a soft "if only, if only." Gary Olszewski, an avid theater historian, began this book after seeing her play the lead in 1934's "Woman Haters," billed top and above the 3 Stooges, and started with the thought "Who was she, and whatever became of her?" Upon researching her life and career, he embarked on a comprehensive biographical/historical journey of her and her family ancestry, which dates to Scotland"s House of Stuart in the 1600s. Gary is a semi-retired Vietnam veteran, and currently lives in Las Vegas, Nevada, where he continues his literary pursuits.
Toon meer Toon minder