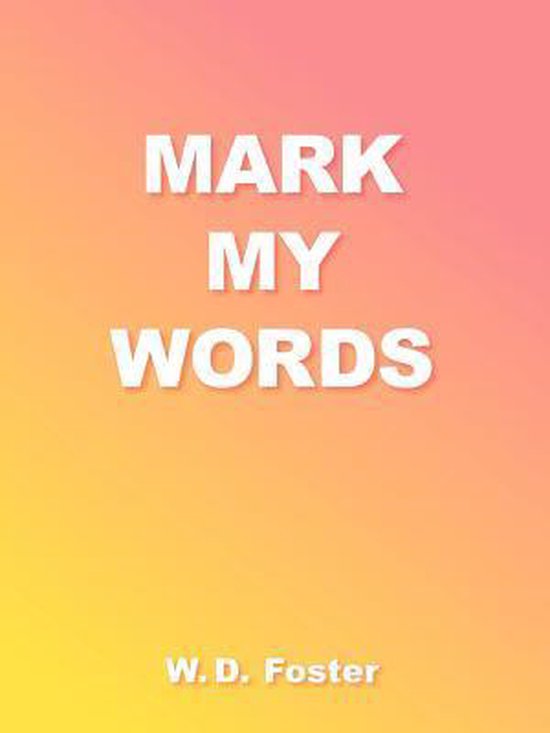 ''Mark My Words'' is a saga about Allan Christopher and his family.Allan is a self-made, African-American multimillionaire approaching sixty.He and his wife Maureen have been married for forty years, and they have eight children and seventeen grandchildren.


He was born in Kansas City, Missouri, starting out with nothing but family, very high intelligence, ambition, and drive.Graduating from high school at age sixteen, he worked his way through trade school to become an electrician.He was confronted with discrimination and prejudice, especially in the workplace.In his drive to succeed and refusal to be held down, he opened a fix-it shop in Chicago, and through hard work and determination turned it into a multi-million-dollar electronics corporation.


He's ''made his mark.''For the last twenty-five years, his home has been a thirty-room estate in Evanston, Illinois.He's very articulate, and is among the Who's Who of Black America.His company is among those listed in the Fortune 500.He enjoys fine cars, like his collection of vintage automobiles.His children are educated and successful in their own right.He has contributed greatly to the community, considered to be one of its ''movers and shakers.''His business and social connections are numerous, and he faithfully attends church on Sundays.


But has he made it?


With the advent of his sixtieth birthday, his character, his past and his beliefs come into focus, honor and question as his story is told through the eyes of his family... including his four gay children... and with it his impact on their lives.