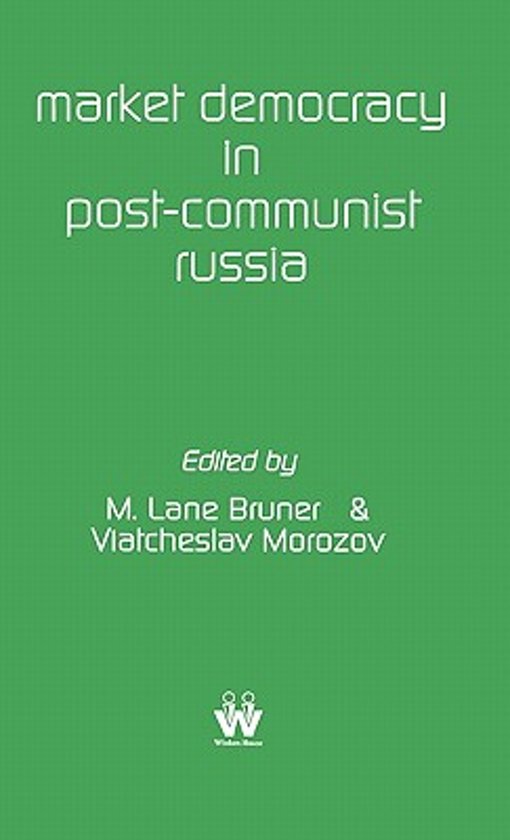 Market Democracy in Post-Communist Russia is a thorough exploration of Russia's dramatic transition from a centralized economy to a market economy and from communism to democracy. Scholars from Russia and the United States debate issues of mutual concern, exchange ideas, and collectively characterize the current state of the government, the economy, the business enviroment, international relations, and identity politics in Russia. Market Democracy in Post-Communist Russia Investigates a wide range of important issues including constitutional law, political parties, and legal structures in Russia; the relationship, and possible relationships, between Russia, The WTO, the EU, and NATO;the changing of climate for entrepreneurship and consumers in Russia; the roles of the 'oligarchs' and organized crime; the relative benefits and costs of 'shock therapy, ' the interrelationships among privatization, the executive branch of goverment, and the overall quality of both markets and democracy in Russia; and the relatonship between Russian identity and political representation. What, in sum, has gone well and gone poorly during Russia's post communist transformation? what does this teach us about markets and democratic processes in practise? What after all, is a healthy market democracy, and how can Russia's difficult transformation help us approach this question? Edited by M. Lane Bruner, reasearch faculty in Public Communication at Georgia State University and Viatcheslav Morozov, Associate Professor of European Studies in the School of International Relations, St Petersburg state University. Russia. M. Lane Bruner is currently Assistant Professor of critical political communication in the department of communication at Georgia State University in Atlanta, Georgia, U.S.A. He is the author of Stategies of Remembrance: The Rhetorical Dimensions of National Identity Construction (University of South Carolina Press, 2002) and over a dozen scholarly articals on politics and communication in journals such as the quarterly Jounal of Speech, Rhetoric & Public Affairs, Discourse & Society, and National Identities. Viatcheslav Morozov is Associate Professor of European Studies in the School of International Relations, St. Petersburg State University, Russia. His main research topic is the significance of Europe for Russia's national Identity. He has authored a Russian- Language textbook Introduction to European Studies and a number of articles on various aspects of Russia-Europe relations.
Toon meer Toon minder