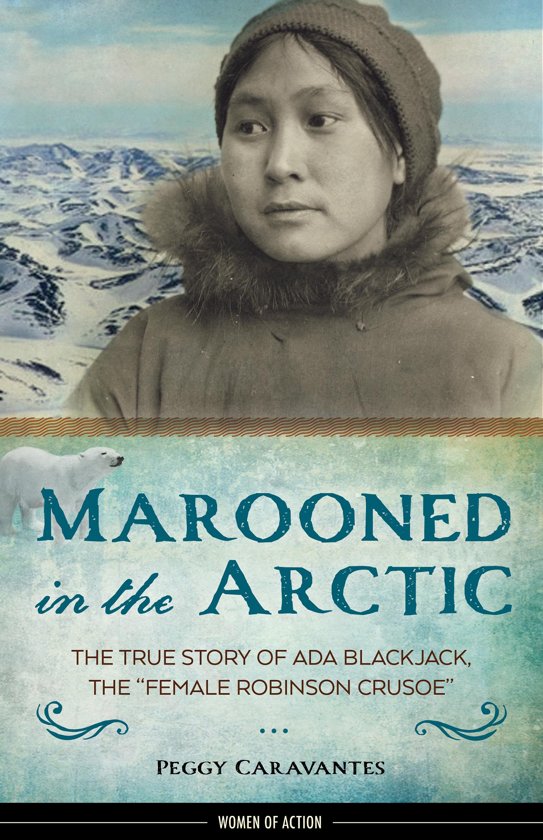 The first and only young adult book about Ada Blackjack and her remarkable, true-life survival story In 1921, four men ventured into the Arctic for a top-secret expedition—an attempt to claim the remote, uninhabited Wrangel Island in northern Siberia for Canada. With the men was a 23-year-old Inuit woman named Ada Blackjack, who had signed on as a cook and seamstress to earn money to care for her sick son, left at home. Conditions soon turned dire for the team when, after rations ran out, they were unable to kill enough game to survive. Three of the men tried to cross the frozen Chukchi Sea for help but were never seen again, leaving Ada with one remaining, ill team member whom she cared for but who soon died of scurvy. Determined to be reunited with her son, Ada learned to survive alone in the icy world by trapping foxes, catching seals, and avoiding polar bears. She taught herself to shoot a shotgun and a rifle. After Ada was finally rescued in August 1923, after two years total on the island, she became an instant celebrity, with newspapers calling her a real ''female Robinson Crusoe.'' The first and only young adult book about Ada Blackjack and her remarkable story, Marooned in the Arctic includes sidebars on relevant topics of interest to teens, such as the uses of cats on sailing ships, the phenomenon known as Arctic hysteria, and various aspects of Inuit culture and beliefs.