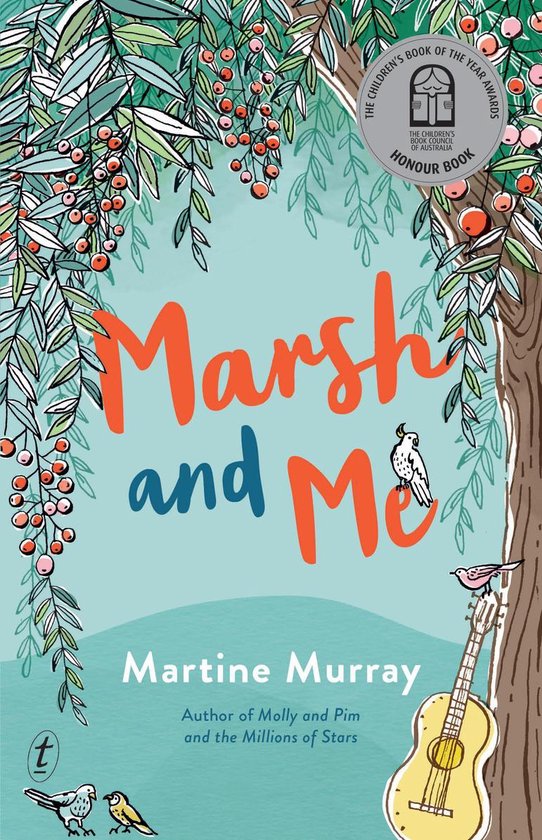 "This is a gentle and tender story of finding yourself, finding new friends and finding your voice. It's for anyone who has a song hidden within them.' Younger Sun


There's a hill out the back of Joey's house. Hardly anyone goes there—it's not a beautiful place, just a covered-over old rubbish tip. But Joey likes it up there. It's his hill—somewhere he likes to go to wonder about life. He longs to be the best at something, to be a famous astronaut, or mountain climber, to stand out.


When Joey discovers a tree house in an old peppercorn tree on the hill, he is annoyed that someone has invaded his special place. But he is also curious about who the intruder could be. But making contact isn't easy. The tree-house girl is wild and hostile and full of secrets—Joey needs to work out a way to win her over. And as he does, he finds a way to shine.


Marsh and Me is a story about friendship and trust and learning to believe in yourself and what makes you special. Martine Murray's beautifully rounded characters, with all their self-doubts, yearnings and wise insights, will delight readers young and old.


Martine Murray was born in Melbourne, and now lives in Castlemaine. Her most recent novel, Molly and Pim and the Millions of Stars, was shortlisted for the 2016 CBCA Award for Younger Readers.


"This is a story of an unlikely friendship, a common theme in children's books, but one that feels refreshing due to how nice these children are. Martine Murray captures sadness without wallowing in it...Joey and Marsh's story is both reassuring and encouraging for children aged eight and up.' Books + Publishing


"*Marsh and Me* is a stirring coming-of-age story with a wonderful main character. Murray is a master of telling gentle stories, exploring the small worries and victories of daily life, revealing magic in the mundane.' Readings


"The novel's strength is in its ability to reveal to a child reader that despite our multicultural community, children from ethnic minorities can still struggle with issues of identity...This is a book that could be a casual read or a whole unit of study.' Magpies


"Murray pulls at the heartstrings as the life of the little girl from Serbia is revealed. Joey is the sort of boy we would all be proud of. Together they make convincing and interesting characters in a story for those sensitive primary school readers who are prepared to think about what they would do in the circumstances Murray creates. This is a touching story of two children finding each other.' Reading Time