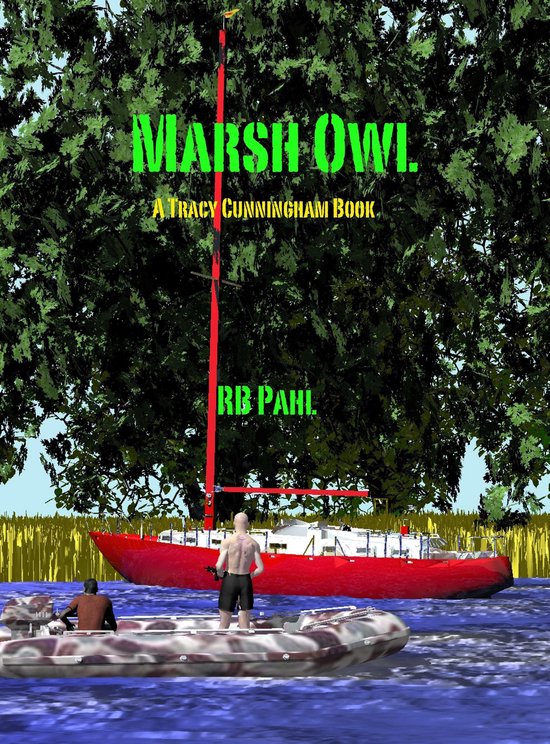 Tracy Cunningham is vacationing on her sailboat in the San Joaquin Delta, exploring the back waters and sloughs with her fiancée. It is summer. Quite by accident, her father (Chief of Detectives. LAPD) manages to get a message through via the Marine Operator. She is to call him.
He asks Tracy to try to find a missing adult child of a friend of his. She is described as an overweight, acne-scarred, unkempt flower-child type frump with severe B.O. The girl is 21, a graduate chemical engineer who has committed no crime, and may not want to be found.
Nevertheless, Tracy agrees and begins the search by sitting in the Bus Station in San Jose, trying to find the driver who may have brought the woman here. She has to go through forty-eight hours of arriving drivers to make sure she covers them all. Hiring a relief operative, Tracy arrives home to an empty house.
The trail leads to the central valley town of Stockton, and to a certain law firm. Tracy knows the missing woman is connected with the firm, so she begins a stake-out from within. Tracy applied for and gets a job there as a clerk receptionist.
The first day, she is asked to take a package to Lodi, some fifteen miles to the north. She decides not to open the transmittal envelope, as she is sure the package is marked and sealed. She returns to Stockton, more and more aware of the situation she's finding herself in.
She's sure there are drugs involved, possibly a network of distributer-dealers. Wisely, she decides that a single, small, female P.I. verses a established drug smuggling ring isn't fair odds, so she abruptly quits the law offices, and lays back to watch the front doors.
After work hours are over, Tracy follows a woman she has named Beautiful Bod. They go to the Marina in the Northwest part of town, where she and an apparent boyfriend leave in a small runabout.
The next day, she sees her target walking towards the front door. Tracy pulls alongside and stops her. The girl agrees to go with Tracy to a coffee shop and call off her DEA father. Tracy will be out of her life soon as that is done.
Instead, the girl uses the old bathroom gambit, and climbs out the window. Tracy is in her car, waiting for her to emerge from the alley. She does, and gets into an old van.
The van heads straight our of town, to the east, with Tracy following as far back as she can. A half-hour later in the foothills, she momentarily looses sight of the van. It reappears immediately, and then, inexplicably flies off the road and into a valley, turning over in a summersault, with three explosions occurring when the vehicle impacts.
When Tracy arrives at the scene, small fires are forming all over the hillside. The van is blown into a thousand chunks, and is totally unidentifiable as a vehicle.
Figuring the case has come to a dead end, Tracy heads back to Sausalito, where she is sharing a house with Brad Springer, M.E..
After a night of love-making, Brad nervously tells Tracy that he has found another love. Tracy is crushed of course. But considering her past, she wasn't completely naive about this possibility occurring.
She takes a sabbatical on her boat to get over the incredible hurt. While moored in a tiny lagoon hidden along False River, Tracy is surreptitiously visited in the dead of night by two armed men in an outboard powered boat.
The men leave and an hour later, the black stealth go-fast boat she has been tracking comes roaring through False River, but never stops.
The outboard skiff re-appears, and the men find a bleach bottle. Following a line attached to it, they eventually man-handle a large, heavy cylinder aboard, and leave quickly.
Tracy has been watching the activities from the tules and reeds on the shoreline of the river. She formulates a plan.
In the conclusion, Tracy is deputized into the DEA, and promptly given the title of "Bait".
Marsh Owl is the sixth book in a series of Tracy Cunningham, P.I. novels by RB Pahl.