Marti and Anna Out of Cuba: The Journeys of Two Women in the Early 1900's 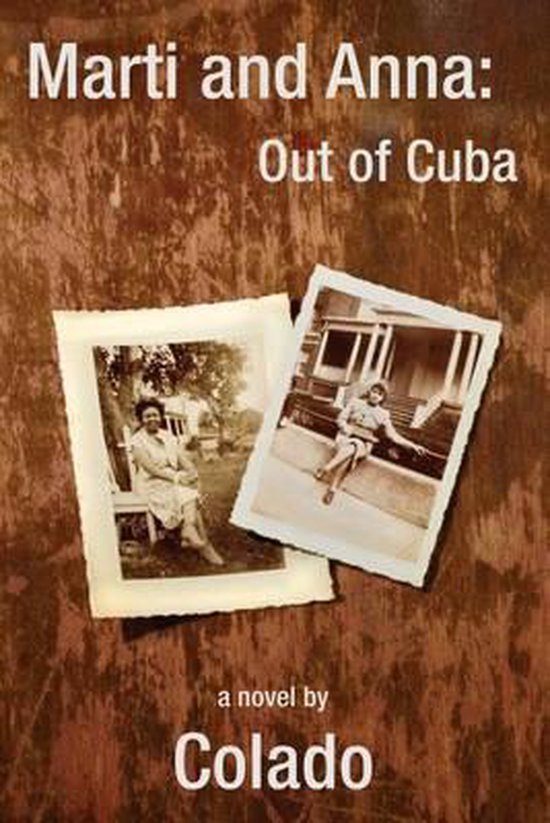 Remember the snips of family stories overheard as you were growing up? These are the basis of this novel about my mother and grandmother, Marti and Anna. My Cuban-American family emigrated to New York City in the early twentieth century. Both were born into a Cuban rural family of vegueros, small tobacco farmers. The novel follows the womens's paths trekking through history and their stormy relationship as Anna travels to Spain, Morocco, and New Year as an au pair, then settles in New York City. Marti had resided in a Havana boardng school until at age thirteen her mother sends for her. When she arrives in 1926, Marti is faced with several shocking facts which affect her relationship with her mother. Among them is that Anna has increased her age by two years, so Marti can work. Marti must attend school only at night and forgo her dream of studying voice. Despite this, Marti learns to love the man she also blames, Jimmy, who lives with Anna. Then continues singing, first in the kitchen, then at a local social club. Marti reluctantly adjusts to her new culture. She marries a spirited Cuban-American from Tampa, Florida who she meets in her mother's Manhattan brownstone, where Alfredo's sister and family have moved. Alfredo lives his life to its fulllest, even though he has a damaged heart due to childhood rheumatic fever. Alfredo's siblings join him in New York. The history of Alfredo's family is explored from the early history of Cuba until their migration into the cigar producing city of Tampa. Portions of Marti and her husband Alfredo's dreams are fulfilled with the birth of children and the purchase of a farm in rural Huson Valley, where dishes served to their boarding house guests include the meat of the chickens and hogs they raise. Family members help in making this dream come true. Lives are shadowed by the residual affect of past events between Marti and Anna, and by Alfredo's chronic heart disease. Other family battles include cultural conflicts and the challenges of living in New York, where even though folks dress in suits to walk along Broadway on Sundays and take out their mattresses on the roofs to sleep during hot summer nights, there are criminal and racist incidents. The reader shares these intimate family incidents. The ending of this novel is of loss, but also of the spirit and strength which move families through history. Photographs add to the imagination of the reader. This novel is unusual as it pre-dates the Cuban Revolution of 1959 and follows the path of the earlier immigrents from Cuba, neighboring countries and Italy. The cultural realities are explored through two women who, despite psychological scars, battle successfully in making a place in this country. The history and culture of both the U.S. and Cuba are intertwined with the lives of the novel's numerous characters who are affected by, for example, the Cuban tobacco famers' struggles for better wages, the aftermath of the Cuba/Spanish War, the birth of a strong NYC garment workers' union which improved working conditions, the grip of the Great Depression, and Hitler's rise to power. Both minor and major social and political forces, affecting the characters, are like the spices sprinkeld onto a complex stew. These include the opening of the 42nd Street Commodore Hotel and the Empire State building, the Carnera-Louis Fight, the dreams of owning property, and the reality of prejudices. The novel ends with tragedy for Marti, but her spirit prevails and she moves into a new epic.The novel is like an immense tree whose roots travel between continents and reveal themselves periodically. It is the story of many immigrants. Finally, it is a love story of two people who cling to one another as they travel through twisting roads. It is the story of women's challenges and how they use their wit, spirit, spiritual beliefs and intellect to cope.
Toon meer Toon minder