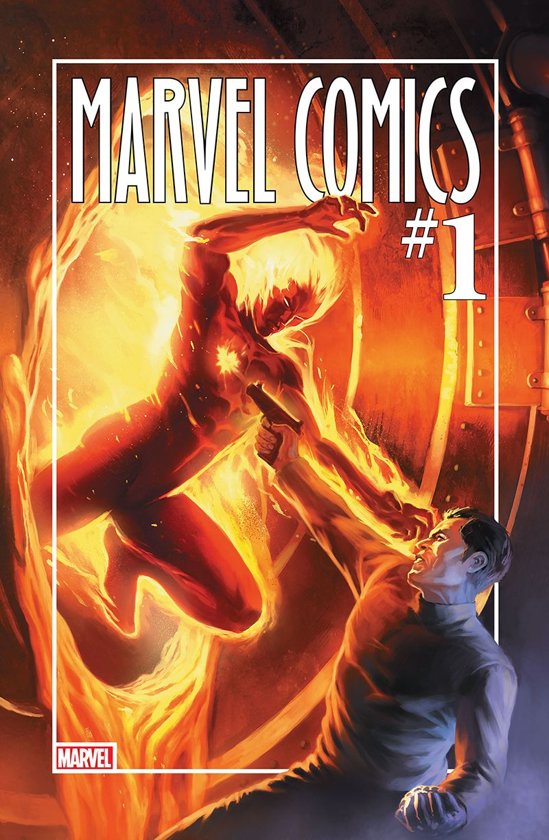 Collects Marvel Comics #1, Saga of the Original Human Torch #1, Marvels #0 and Marvel Comics #1 70th Anniversary Edition. The book that kicked off the Marvel Universe back in 1939 - presented in glorious hardcover, with an extensive array of special features! MARVEL COMICS #1 promised action, mystery and adventure - and it delivered! The original android Human Torch blazed his way into readers' hearts, and Namor the Sub-Mariner made a big splash! Golden Age pulp star Ka-Zar swung into comics, and costumed detective the Angel made his debut! Plus: Western adventures with the Masked Raider - and terror in the jungle! And from this one issue, published 80 years ago, grew the entire Marvel Universe! Now, MARVEL COMICS #1 is collected along with retrospective stories, bonus artwork, insightful essays and more!