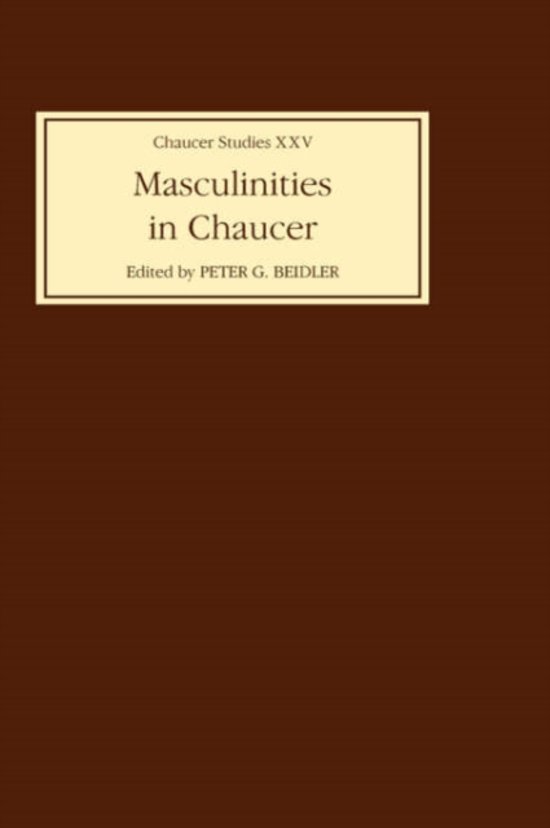 How does Chaucer portray the various male pilgrims in the Canterbury Tales? How manly is Troilus? To what extent can the spirit and terminology of recent feminist criticism inform the study of Chaucer's men? Is there such a thing as a distinct Chaucerian masculinity', or does it appear in a multitude of different forms? These are some of the questions that the contributors to this ground-breaking and provocative volume attempt to answer, using a diversity of critical methods and theories. Some look at the behaviour of noble or knightly men; some at clerics, or businessmen, or churls; others examine the so-called masculine qualities of female characters, and the feminine qualities of male characters. Topics include the Host's bourgeois masculinity; the erotic triangles operating in the Miller's Tale; why Chaucer diminished' the sexuality of Sir Thopas; and whether Troilus is effeminate, impotent or an example of true manhood. PETER G. BEIDLER is the Lucy G.Moses Distinguished Professor of English at Lehigh University. Contributors: MARK ALLEN, PATRICIA CLARE INGHAM, MARTIN BLUM, DANIEL F. PIGG, ELIZABETH M. BIEBEL, JEAN E. JOST, CAROL EVEREST, ANDREA ROSSI-REDER, GLENN BURGER, PETER G. BEIDLER, JEFFREY JEROME COHEN, DANIEL RUBEY, MICHAEL D. SHARP, PAUL R. THOMAS, STEPHANIE DIETRICH, MAUD BURNETT MCINERNEY, DEREK BREWER
Toon meer Toon minder

Masculinity' is variously defined, a category so rich that its careful definition must necessarily enrich our reading of Chaucer. If there is one concern that unites these essays, it is the wish to challenge orthodoxies: new perspectives on familiar passages abound. MEDIUM AEVUM