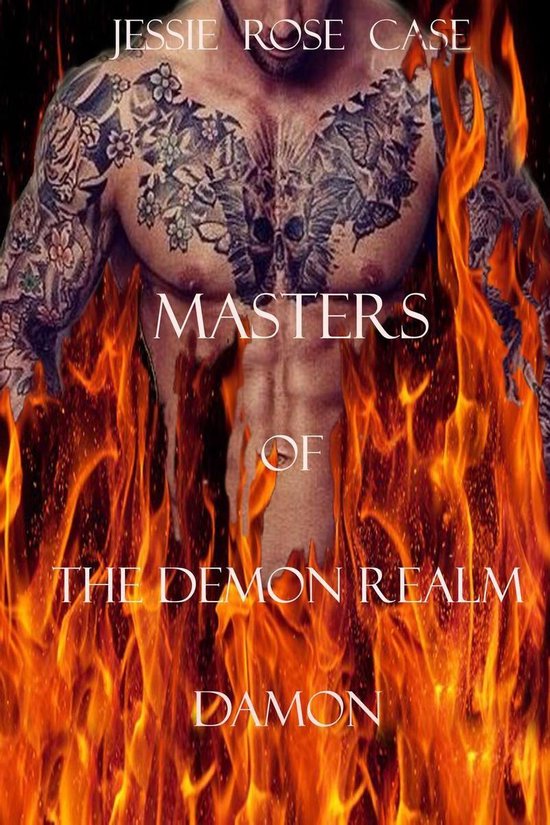 NOTE TO READERS: If you're looking for something to get those juices flowing, you just found it. Enjoy! This novel is written mainly in British English, with Americanisms' and slang from both languages.

Damon, the leader of his race here on earth. A Prince of the Demon Realm. A Realm where no humans but those who'd sold their souls exist. Slaves. Darkness. The price of entry harm the innocent or ask for a gift. Something beyond your reach. Nothing was freely given and everything, came at a price.

And too many did. Eternal hell was infinite and overflowing. His father's answer? Send his second favourite son along with his generals to Earth and build an army to stem the tide. There were too many humans waiting in limbo at his gates and he didn't like it. He needed someone to make a quick trip and deal with it.

For over a thousand years, to Damon's continued annoyance, that didn't turn out so well. There was nothing quick about it. His generals liked the freedom in the human realm. Liked how eager the humans were to sell their souls. Their houses grew fast and the infighting started. Old tastes for power, were never far from the surface. Distrust and greed pitted one against the other. As the decades increased so did the skirmishes and fighting. And to the glee of his father, all-out war under the noses of the humans raged. And as he'd wanted, it stemmed the tide. But there was no going home. Not for Damon. The more the Kin grew, the more problematic they became. He was sick of cleaning up their mess. Only when technology and stupidity threatened to bring them all down, did Damon finally lose his patience. He'd spent centuries fixing squabbles and personal insults, to keep the world in check. They would toe the line or he would take their soul.

Clair didn't remember much about that night. Her gift for sensing things had saved her. She'd woken up, a voice screaming danger across her mind, the smoke already thick in the house. Alerting her parents, they'd gone for her sister and she'd followed their instructions and ran to the only place that offered safety from the fire. The basement, with its 2ft thick walls and steel door.

Only they'd never come for her. He had. She remembered waking to the door being ripped away and he stood there at the top of the stairs. Fire raged around him and yet, the fire not harming him. It licked at his body until he wiped the smoke and fire away with his hand. Then held it out to her.

Clair's tear-stained face, looked up at her angel. No, she recalled, angels didn't live with fire. The Devil did. She scooted back, feeling him vibrating in the air. It was strangely comforting. He comes, the voice told her as he moved towards her taking a step down.

He knelt and stared at her. "Come child, I will not harm you and those that did this are dead." He told her solemnly. "Your family are gone, but I will protect you now."

Clair looked at the hand extended towards her and in that moment, she knew he had not lied to her. Her parents were gone, and she would be safe with him. As she reached the top he picked her up and held her close.

Clair looked up at the handsome man holding her ever so carefully.

"Are you the Devil?" she whispered.

He smiled, unconcerned for the fire and smoke raging around them.