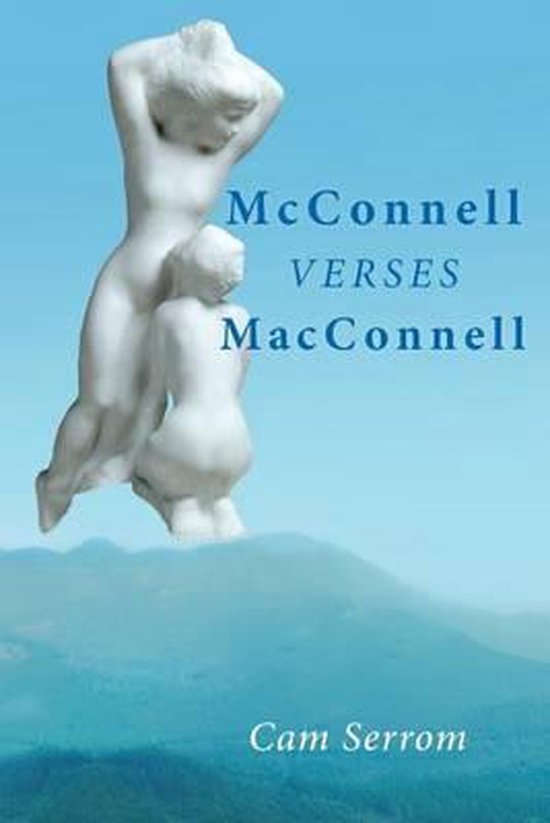 McConnell Verses MacConnell, set in the Bay area, namely San Francisco and Burlingame, spans the time from June 2013 through June 2014. It describes the personal and professional growth of six people and a dog. Their character is not specifically delineated but left for the reader to decide what and who they are. It is a story of conventional and unconventional romance. It leaves the reader with a sense of peace and understanding. Dannie, a cop turned A.D.A., crosses a bridge never before known and prosecutes two crimes, one of which she was shot in the line of duty. She encounters Emma, an architect working for her uncle, who had crossed that same bridge: a bridge that to Emma has always been known. To Emma, nothing is horrific that occurs every day.Stefanie, the office manager in that architectural firm, is happily living a safe, secure life in her heterosexual world. Although content to live with her husbands homophobia, she crosses a bridge, previously unknown, to find what she never hada daughter.Molly, at fifteen in her after-school job, is titillated by that bridge and demands to cross over, but is restrained by those whose purpose is to protect that value of innocence unknown.All four, but not all at once, achieve and realize what was previously unknownthe nonthreatening power of women.Fred, a male German shorthaired pointer, cast all this aside. He, a breed supremacist, holds no value for anything but food, protection, procreation, and play.Genres of literature and life are not mutually exclusive but mix with and support each other. They include crime, womens fiction, gay lesbian, and fable, but the connecting thread is romance. Each genre, considered a closet at the start or end of that bridge, sustains or maintains failure or recovery.McConnell Verses MacConnell is concerned with closets and friends found along the way. It pits failure against recovery and devotion against pride. Our characters seek to escape loneliness through verbal expression and that wordless communication of touch: to seek Thomas Wolfes great forgotten language, that lost lane-end into heaven. The characters are characterized by what they think, say, and do. It is interesting that reality is less difficult to repress as we get older, but Frank, the realist, would say that man has not tasted life until hes met the payroll. Concerning his wife, he knows to presume when unneeded is condescending, but to presume not when unneeded creates a bond. Dannie reflects that it's a pity who we are, is not who we were. Did we change or were our earlier perceptions wrong? Emma has always known that it's better to be lonely in private than to be lonely in public. Frank already knows the imaginative can be lonely. He doesnt object to those lacking in imagination but rather to their ridicule of it in others.Emma has her own reflections. Was a relationship faded so quickly ever that real? Were faded relationships ever real? She realizes that emotion without logic should never be trusted. She is loved by Stefanie who can only be an occasional lover but offers to be her full time mother. Stefanie reaches out to Dannie to tell her that it is narcissistic to despair over events occurring before she was there. They are talking about Emma who believes that a secret made during love and then betrayed denies the love that was there. Emma also believes that sex is either sacred to those uncomfortable with it, or dirty if its done right. We learn to never underestimate the acumen of those with foreign tongues, that race cards are played by preachers and politicians procuring profit and position with their palms up and arms extended, expecting to be paid for their song.Stefanie tells Dannie that who we are and what we become is so random; where we are is our choice. She finds comfort in her husbands arms and reply: that our only possessions are those we have given away, and that no man stands tall until hes tested his mettle.
Toon meer Toon minder