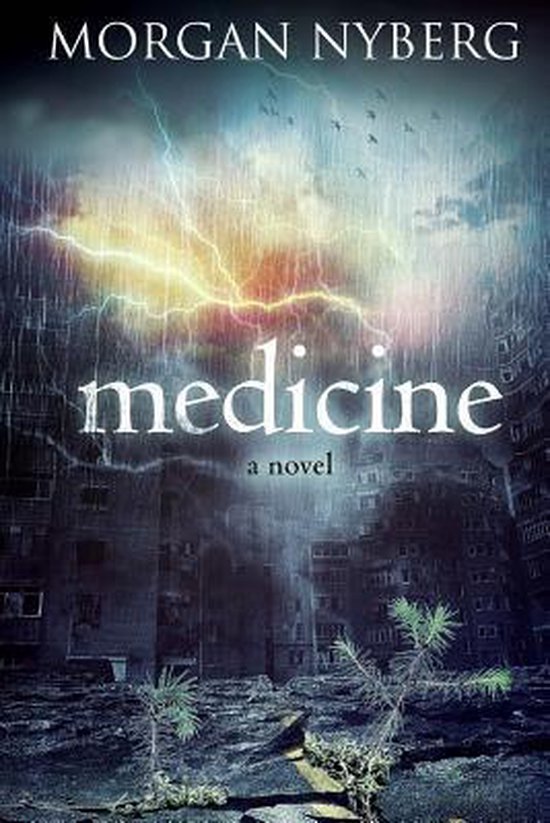 It is sixty years since a catastrophic global collapse and pandemic plunged the world into a new Dark Age, which is becoming progressively darker. In this setting violent conflict is inevitable. But Fraser, a huge man with a huge heart, is troubled by the violence of his recent past. Nevertheless, conflict becomes inevitable when he realizes that that his mothers mind is deteriorating due to syphilis contracted from her late husband. Without medication to halt the progress of the disease, total insanity is inevitable. But does medicine even exist any more?Into the post-apocalyptic ruins of Town, past office towers deserted for decades, through forested streets ravaged by earthquake and reeking of death this giant of a man ventures in search of medicine for his mother.Waiting for Fraser in the heart of Town is a certain underground shopping mall, once a glittering commercial hub but now a shabby and makeshift dystopia where cannibalism is the norm and where prisoners fight to the death to entertain Cultus, their pitiless master.Hidden somewhere in the depths of this lightless realm is the medicine that Fraser so desperately seeks but which Cultus guards with equal fervour and with immense power.The odds are staggering, the dangers overwhelming, but a stubborn and perhaps fatal determination drives Fraser ever deeper into the very mouth of danger.In the shocking climax, when Fraser finally understands the horrific cost of his resolve, it is too late to do anything but forge ahead, no matter the consequences.
Toon meer Toon minder