Memoirs of the Reign of Bossa Ahadee King of Dahomy, an Inland Country of Guiney. to Which Are Added, the Author's Journey to Abomey, the Capital; And a Short Account of the African Slave Trade 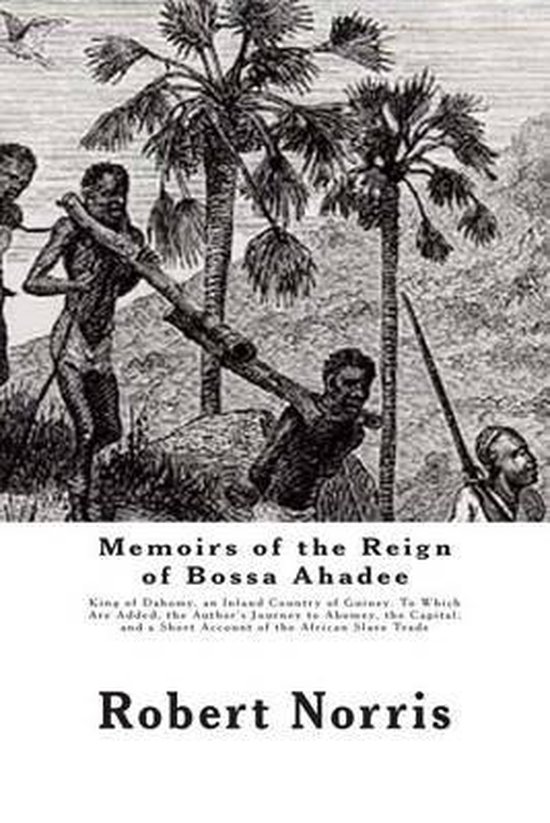 "I wish the manuscript which you have been at the trouble of perusing, were more deserving of the public attention; but the fact is, that amidst the indispensible avocations of business, one has very little time, during an occasional residence in Africa, to bestow attention upon the history, either natural or political, of that country; and the stupidity of the natives is an insuperable barrier against the inquirer's information. After your pressing intreaties, I cannot with-hold my consent to its being printed; and although I have no ambition for my name to appear, yet, if you judge it at all necessary, to establish the credibility of the facts related, you are at liberty to make what use you please of it. I could not easily avoid, in my narrative, the terms king, general, palace, and the like, and be intelligible to the English reader. For example: what I call palace, is, in the language of the country, simbomy; which (literally translated) means, a big house. This might have sounded aukwardly, and I have therefore adopted the corresponding term most familiar to an English ear. When these terms occur, it must not be forgotten, that they are by no means intended to convey the same ideas, which are usually annexed to them in civilized societies of mankind: and, for the reasons just alleged, I may hope it will be deemed a very excusable burlesque, to dignify a brutal barbarian with the title of king; or his place of habitation (which is little superior to a dog-kennel) with the splendid name of a palace. Atkins, who saw the palace of the king of Whydah before it was destroyed, describes it as "a dirty, large, bamboo building, of a mile or two in circumference; where he kept a thousand concubines, and divided his time between eating and lust." This description, I venture to believe, is very suitable to all or most of the rest. The royal simbomy, or great house at Calmina, is surrounded by a mud wall, about twenty feet high; the ground it occupies is nearly a square; each side of which is little short of a mile in extent; for I found the two sides which I measured, each sixteen hundred of my paces in length. In the centre of each side was a large building, in which a guard of women and eunuchs under arms was posted. On the roofs, which were of thatch, were ranged, on small wooden stakes, a great many human skulls of prisoners taken in war. The inner apartments, which I had an opportunity of seeing, were only several large courts, communicating with each other; generally square, or oblong, encompassed by mud walls. In each of them was a piazza, or shed, formed with posts about seven feet high, and planted in the ground at the distance of about twelve or fourteen feet from the wall: the intermediate space was covered with a slanting thatched roof, supported on bamboo rafters, resting upon the posts, and reaching to the top of the wall, which, in this part, was in general about twenty feet high, but only eight or ten feet on the other sides of the court. The area of these courts was of the common soil of the country; but beneath the sheds the ground was elevated a few inches by a bed of clayey mortar, which formed the floor; and the wall was in some parts white-washed with a species of pipe-clay which the country produces. The whole had somewhat the resemblance of an assemblage of farm-yards, with long thatched barns, hovels for cattle and carts, and low mud walls to separate them from each other. The interior of a Negrish palace is not so easy to be described. Its recesses are never entered by any human being of the male gender; and the female apartments are guarded from intrusion, with more than eastern jealousy. .
Toon meer Toon minder