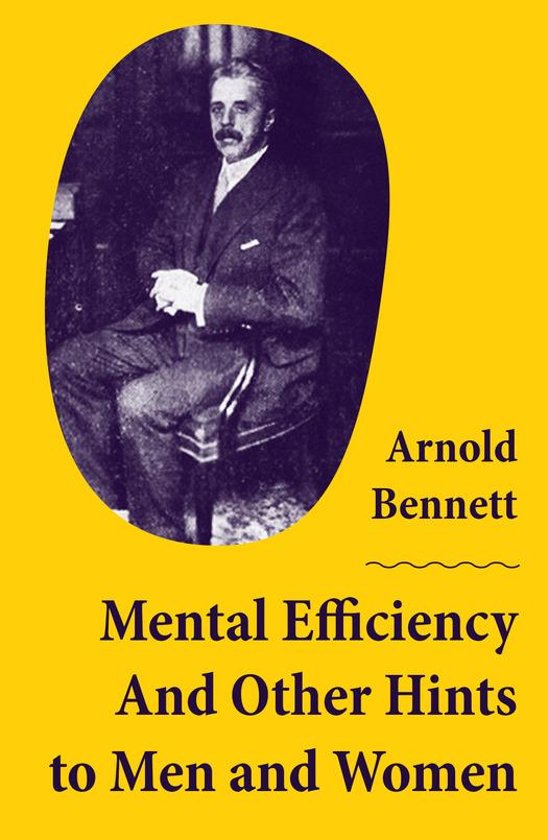 Arnold Bennett (1867-1931) was born in Hanley, Staffordshire. After a secondary school education, he wroked first for his father, a self-taught solicitor, and then moved to London as a shorthand clerk with a firm of solicitors. He began to write to make extra money and his first novel, A Man From the North, appeared in 1898. In 1900 he finished The Grand Babylon Hotel, published in 1902, and began Anna of the Five Towns (1902), in which he first started to use the Potteries of his boyhood as a setting for his novels. The Old Wives' Tale (1908) was written in France and it was followed by the Clayhanger trilogy: Clayhanger (1910), Hilda Lessways (1911) and These Twain (1916). His works also include several plays, two volumes of short stories and several other novels.
Alles van Arnold Bennett
Toon meer Toon minder

This carefully crafted ebook: ''Mental Efficiency And Other Hints to Men and Women'' is formatted for your eReader with a functional and detailed table of contents.

Mental Efficiency and Other Hints to Men and Women is the roadmap you need to follow to develop inner strength and to begin making positive changes in your life. The book stands the test of time, with nearly 100 years of hindsight...

Enoch Arnold Bennett (1867—1931) was a novelist, playwright, critic, and essayist whose major works form an important link between the English novel and the mainstream of European realism. He also worked in other fields such as journalism, propaganda and film.