Mesmerism and the American Cure of Souls 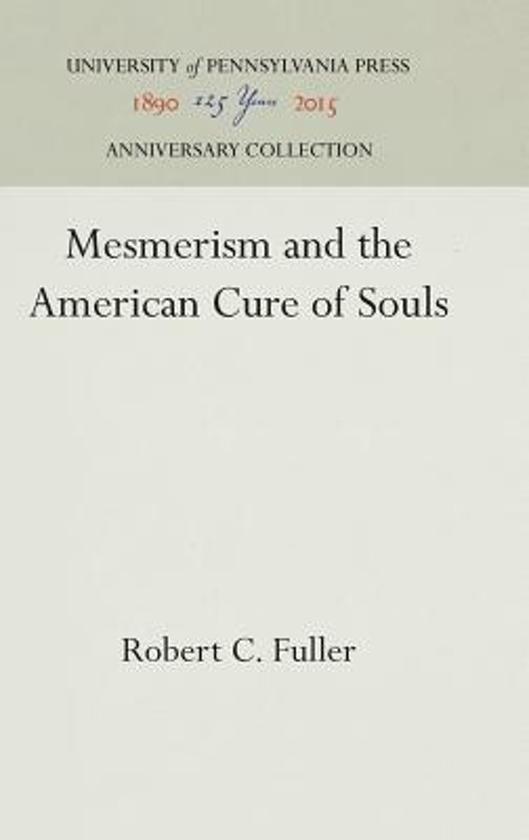 The story of mesmerism in nineteenth-century America is the story of how, for the first time, a psychological theory arose to meet the everyday religious and intellectual needs of Americans. Robert Fuller gives us the first complete history of American mesmerist philosophy. He traces its development from an obscure scientific hypothesis to a powerful spiritual philosophy that deeply influenced many of the period's emerging Protestant religious sects. He investigates in depth the role of mesmerism in the Mind-Cure movement and New Thought and paints for us the cultural land-scape existing at a time when thousands of antebellum Americans turned from their churches to the realm of psychology in search of self-understanding. In the early part of the century, mesmerism was for the most part the territory of carnival showmen. Itinerant mesmerists during the 1830s placed subjects in trancelike states from which they could divulge the contents of sealed envelopes and describe in detail locales to which they had never traveled. Literary figures such as Poe and Hawthorne seized upon mesmerism, depicting its workings at their most sinister and diabolical extreme. But by midcentury, mesmerism was beginning to enter the American consciousness in ways that involved anything but parlor trickery. Straddling a fine line between religious myth and scientific philosophy, mesmerism's spiritual tenets resonated almost perfectly with important currents in contemporary religious life. Universalists, Swedenborgians, and early spiritualists adopted the doctrine of mesmerism as evidence of man's unity with the Almighty. The self-made mind-cure practitioner Phineas Quimby used mesmeric theory to develop his power of positive thinking, a concept that led eventually to the emergence of the Christian Science movement. But, Fuller shows, mind-cure cultists such as Quimby also helped transform mesmerism into a kind of self-help spirituality. Later writers condensed the principles of mesmeric healing into handy maxims that could be assimilated by a popular reading audience. Thus Mesmerism and the American Cure of Souls presents a paradigmatic instance of the role played by psychology in the American sensibility. In addition, Fuller's study constitutes a rich and hitherto unexplored chapter in American intellectual history.
Toon meer Toon minder

Tells a fascinating story, and one that has not been told before. . . . A contribution to American intellectual history. --Stephen Nissenbaum, University of Massachusetts, Amherst