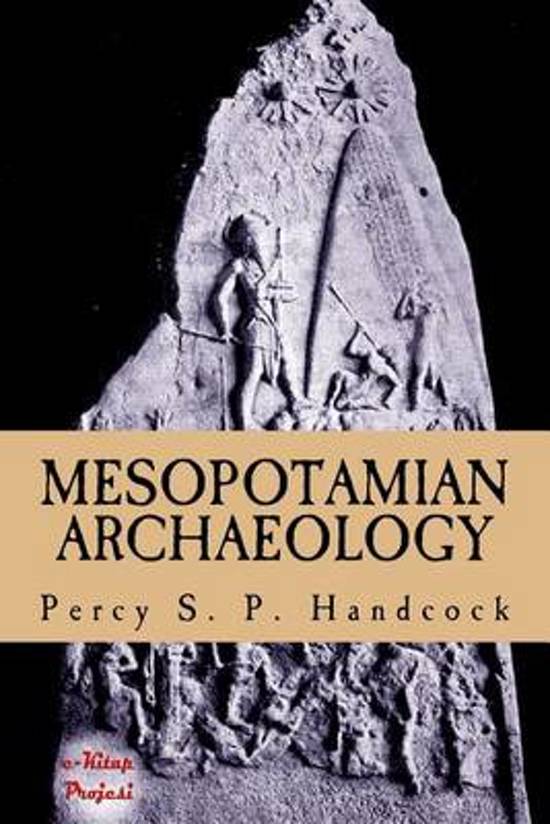 THE Mesopotamian civilization shares with the Egyptian civilization the honour of being one of the two earliest civilizations in the world, and although M. J. de Morgan’s excavations at Susa the ruined capital of ancient Elam, have brought to light the elements of an advanced civilization which perhaps even antedates that of Mesopotamia, it must be remembered that the Sumerians who, so far as our present knowledge goes, were the first to introduce the arts of life and all that they bring with them, into the low-lying valley of the Tigris and Euphrates, probably themselves emigrated from the Elamite plateau on the east of the Tigris; at all events the Sumerians expressed both “mountain” and “country” by the same writing-sign, the two apparently being synonymous from their point of view; in support of this theory of a mountain-home for the Sumerians, we may perhaps further explain the temple-towers, the characteristic feature of most of the religious edifices in Mesopotamia, as a conscious or unconscious imitation in bricks and mortar of the hills and ridges of their native-land, due to an innate aversion to the dead-level monotony of the Babylonian plain, while it is also a significant fact that in the earliest period Shamash the Sun-god is represented with one foot resting on a mountain, or else standing between two mountains. However this may be, the history of the Elamites was intimately wrapped up with that of the dwellers on the other side of the Tigris, from the earliest times down to the sack of Susa by Ashur-bani-pal, king of Assyria, in the seventh century. Both peoples adopted the cuneiform system of writing, so-called owing to the wedge-shaped formation of the characters, the wedges being due to the material used in later times for all writing purposes—the clay of their native soil—: both spoke an agglutinative, as opposed to an inflexional language like our own, and both inherited a similar culture.A further, and in its way a more convincing argument in support of the mountain-origin theory is afforded by the early art of the Sumerians. On the most primitive seal cylinders1 we find trees and animals whose home is in the mountains, and which certainly were not native to the low-lying plain of Babylonia. The cypress and the cedar-tree are only found in mountainous districts, but a tree which must be identified with one or the other of them is represented on the early seal cylinders; it is of course true that ancient Sumerian rulers fetched cedar wood from the mountains for their building operations, and therefore the presence of such a tree on cylinder seals merely argues a certain acquaintance with the tree, but Ceteris paribus it is more reasonable to suppose that the material earthly objects depicted, were those with which the people were entirely familiar and not those with which they were merely casually acquainted. Again, on the early cylinders the mountain bull, known as the Bison bonasus, assumes the rôle played in later times by the lowland water-buffalo. This occurs with such persistent regularity that the inference that the home of the Sumerians in those days was in the mountains is almost inevitable. Again, as Ward points out, the composite man-bull Ea-bani, the companion of Gilgamesh, has always the body of a bison, never that of a buffalo. So too the frequent occurrence of the ibex, the oryx, and the deer with branching horns, all argues in the same direction, for the natural home of all these animals lay in the mountains.
Toon meer Toon minder