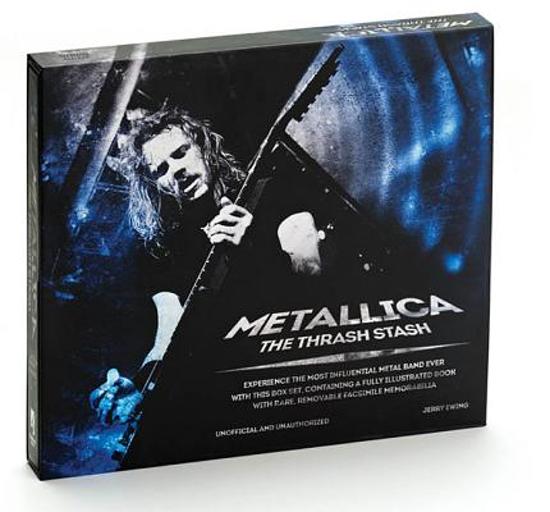 (Book). Metallica grew from the fledgling thrash metal scene of the early 1980s to become one of the biggest metal acts in the history of music. They still play sold-out concerts around the globe, and their music is critically acclaimed. Their story is one of excess, success, and very heavy metal. Their music has been constantly innovative, breaking the boundaries of what constitutes heavy metal and skillfully appealing to a huge global audience. As early as 1986, Master of Puppets was seen as the album that broke thrash to the wider audience, and by the time Metallica (''the black album'') came out in 1991, it cemented their reputation as metallers who remained faithful to the core but were able to adapt and make themselves hugely popular. Metallica: The Thrash Stash takes you along on the wild, wild ride that was the evolution of the hugely successful band. From dingy basement clubs in the early 1980s through tragedy, success, excess, and ear-splittingly loud music to recording with the San Francisco Symphony orchestra and Lou Reed, Metallica has seen plenty in its 30-plus years. This beautifully designed and illustrated book also contains rare items of removable facsimile memorabilia from throughout the band's history such as concert tickets, receipts, concert fliers and much more! Hardbound book is packaged within a durable box case.
Toon meer Toon minder