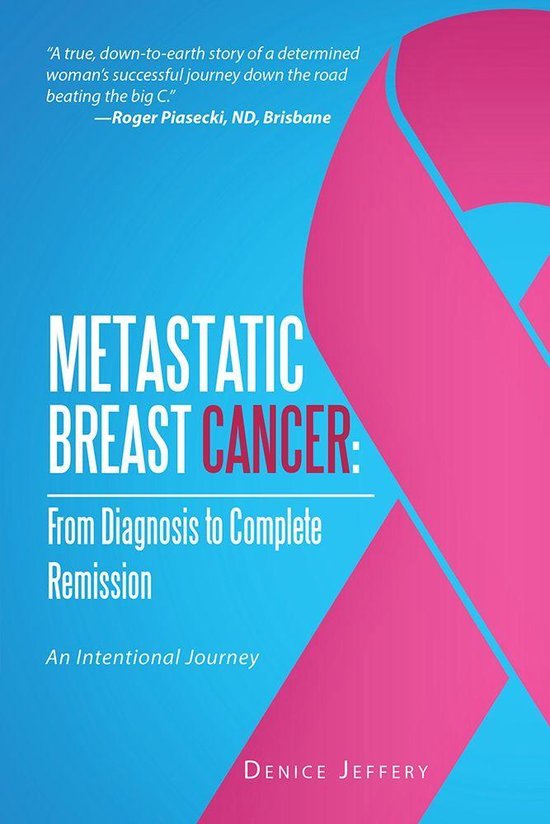 As a psychologist, Denice Jeffery helped others learn to face their greatest fears with courage and integrity. But on a dark day in 2005, she would need to learn how to apply those same support strategies to her own life. That day, she learned that she had breast cancer. Just five years later, she was told that the cancer had metastasized, spreading throughout her body. A remarkable journey began then; now, she is officially in complete remission. Here, she shares her experiences honestly and intimately. Although she had radiation, she refused chemotherapy in favor of more natural therapies. She bravely rejected her terminal diagnosis and started on a race for her very life, hoping to unearth complementary strategies that could potentially ensure her survival. In Part One, she invites you into the life of a patient who refused to accept that there was nothing to be done. In Part Two she details the strategies, supplements, and protocols she used to overcome her cancer. Her story, from diagnosis to complete remission and how she achieved that transformation, offers hope to anyone facing cancer. Not wanting to give up and just hand over to chemotherapy, Ms Jeffery did her research and found a variety of alternatives that each had good, if largely anecdotal successes, but which made sense to her in terms of theory. She also did a voyage through her own psyche to smooth the path, and in the end, has won the day and shares it all with the reader. Dr. Val Lewis, Noosa Heads, Queensland, Australia