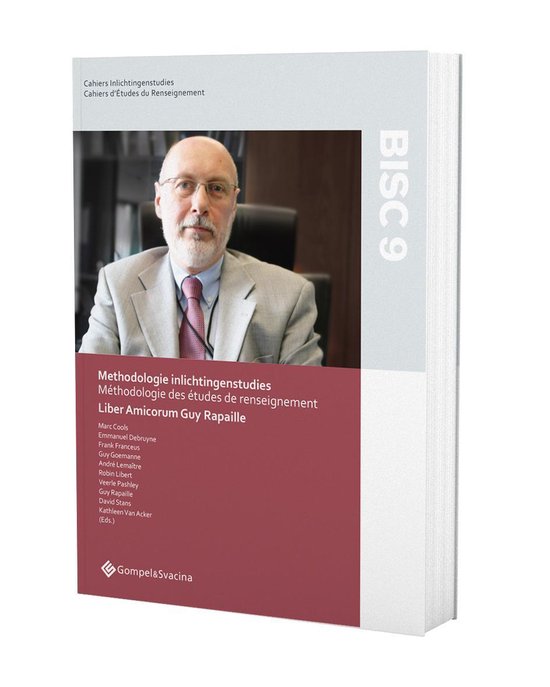 The ninth volume of the ‘Cahiers Intelligence Studies - Cahiers des études de renseignement’ is on the one hand a Festschrift for Guy Rapaille, president of the ‘Belgian Intelligence Studies Centre’ (BISC), who after an impressive career (civil servant at the Belgian Finance Departement - Direct Taxes, substitute Attorney General and Advocate General) says goodbye to working life and is unanimously proposed and accepted as honorary chairman of the BISC. This volume gives a brief overview of his achievements and gives explanation to some photos that can be considered as highlights of his career. Furthermore, some BISC board members have written texts in honor of Guy Rapaille. It concerns reflections on the current and future cooperation with him.
On the other hand, this volume consists of articles written in the context of the ‘methodology of intelligence studies’. Various topics are discussed, such as the new law regulating the intelligence and security services, the story of Alfred Remy at the public intelligence service, the fight against radicalism and the importance of transparency within the intelligence services.
This publication contains contributions in French, Dutch and English.
ISBN: 9789463710527
Toon meer Toon minder