Mexico from the Inside Out

Featured on the Netflix documentary series Chef's Table The recipes here are defined by [Enrique's] dedication to detail and his fearless palate... Stunning photographs. -The New York Times Book Review Enrique Olvera's epic tome. -Bon Appetit Coffee-table worthy... The flavors seem to leap off the page. -The Star Tribune [A] look into the methods of one of the planet's most interesting culinary minds. -Los Angeles Times Enrique Olvera [is] one of the most respected chefs not just in Mexico but also in the world... He achieved this by connecting with his country's food traditions: respecting the simplicity of street food while pushing culinary boundaries. -Bloomberg.com Olvera's book is worth owning-even if just for a look inside one of the more creative food-minds of our time. -Departures.com [Enrique Olvera's] new cookbook, Mexico from the Inside Out, mirrors his detail-obsessed, traditionally inspired, innovative style. -Vanity Fair A stunning volume, filled with vibrant photos... The short essays scattered throughout give a glimpse into the life of a captivating chef and his view on one of the world's most compelling (and perhaps misunderstood) cuisines. -Eater Enrique Olvera's corn husk meringue is a salty-sweet stroke of genius... Heaven. -Vanityfair.com Olvera is the face of modern Mexican cooking, the highest-profile chef with the biggest rated restaurants. - Observer Food Monthly Enrique Olvera's Pujol tops pretty much every list when it comes to dining in Mexico City... Full of surprises. A must-do when in town. -Goop Enrique Olvera [...] is legit. -Gwyneth Paltrow Enrique Olvera is poised to change the way Americans think about Mexican food. -Vogue on Enrique Olvera There was Mexican food before Enrique Olvera, and Mexican food after Enrique Olvera. -Ferran Adria on Enrique Olvera, Vogue Pujol, even at 15 years old, is as hard to get into as Rapunzel's high tower. -Tamar Adler, Vogue on Pujol What distinguishes Cosme from all - and from Rosa Mexicano and Dos Caminos in New York, or Frontera Grill and Topolobampo in Chicago, which lean toward fusion cuisine served by waiters obliged to make guacamole tableside - is Enrique's culinary credibility. Enrique isn't inspired by Mexican food. It is his soil and his roots. -Tamar Adler, Vogue on Enrique Olvera Meet one of the best chefs in the world, and the person who least wants me to call him that. -Andoni Aduriz on Enrique Olvera, Vogue Food is a way of communicating. I think a lot of modern chefs think that cooking is more an art form and about ideas. I don't. -Enrique Olvera in Vogue Enrique's cooking is a beautiful and delicious interpretation of Mexico's rich culture and traditions. He is both an innovator and a purist: thinking globally, acting locally, and always honoring the farmers and the community that surround him. -Alice Waters on Enrique Olvera
Toon meer Toon minder 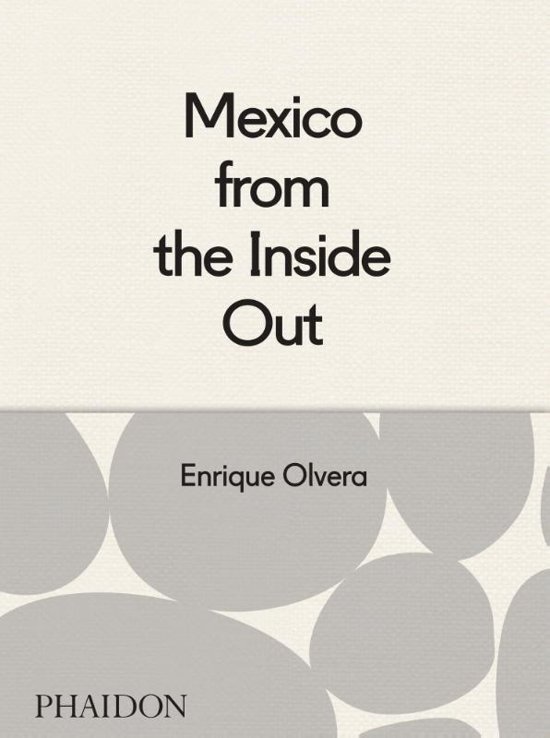