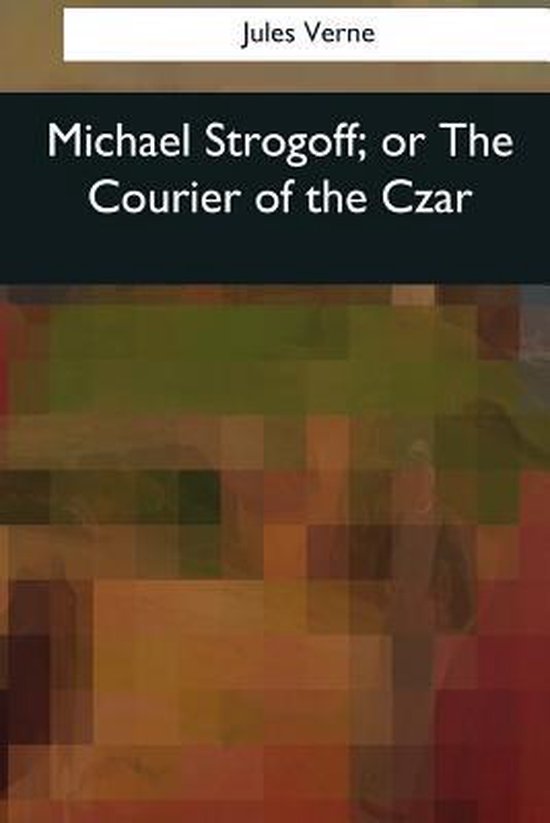 ''SIRE, a fresh dispatch.'' ''Whence?'' ''From Tomsk?'' ''Is the wire cut beyond that city?'' ''Yes, sire, since yesterday.'' ''Telegraph hourly to Tomsk, General, and keep me informed of all that occurs.'' ''Sire, it shall be done,'' answered General Kissoff. These words were exchanged about two hours after midnight, at the moment when the fete given at the New Palace was at the height of its splendor. During the whole evening the bands of the Preobra-jensky and Paulowsky regiments had played without cessation polkas, mazurkas, schottisches, and waltzes from among the choicest of their repertoires. Innumerable couples of dancers whirled through the magnificent saloons of the palace, which stood at a few paces only from the ''old house of stones''—in former days the scene of so many terrible dramas, the echoes of whose walls were this night awakened by the gay strains of the musicians. The grand-chamberlain of the court, was, besides, well seconded in his arduous and delicate duties. The grand-dukes and their aides-de-camp, the chamberlains-in-waiting and other officers of the palace, presided personally in the arrangement of the dances. The grand duchesses, covered with diamonds, the ladies-in-waiting in their most exquisite costumes, set the example to the wives of the military and civil dignitaries of the ancient ''city of white stone.'' When, therefore, the signal for the ''polonaise'' resounded through the saloons, and the guests of all ranks took part in that measured promenade, which on occasions of this kind has all the importance of a national dance, the mingled costumes, the sweeping robes adorned with lace, and uniforms covered with orders, presented a scene of dazzling splendor, lighted by hundreds of lusters multiplied tenfold by the numerous mirrors adorning the walls. The grand saloon, the finest of all those contained in the New Palace, formed to this procession of exalted personages and splendidly dressed women a frame worthy of the magnificence they displayed. The rich ceiling, with its gilding already softened by the touch of time, appeared as if glittering with stars. The embroidered drapery of the curtains and doors, falling in gorgeous folds, assumed rich and varied hues, broken by the shadows of the heavy masses of damask. Through the panes of the vast semicircular bay-windows the light, with which the saloons were filled, shone forth with the brilliancy of a conflagration, vividly illuminating the gloom in which for some hours the palace had been shrouded.
Toon meer Toon minder