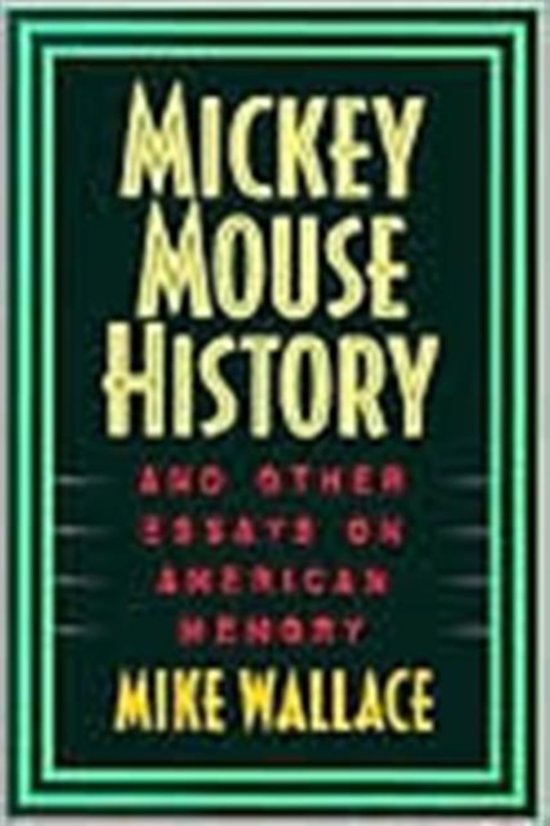 Far more Americans learn their history from movies and TV and in venues like theme parks and museums, than from academic monographs. Yet Mike Wallace is one of the few historians to subject such forms of public history to serious analysis. With verve, humor, and above all a remarkable historical imagination, Wallace examines what visions of our nation's past are being conveyed to the public, and what in our history is being ignored or silenced. The result is fascinating and illuminating foray into a neglected aspect of modern American culture. --Eric Foner Mickey Mouse History is a highly entertaining book about a serious and sobering subject: uses and misuses of the American past in our own time. This book explains, better than any other, why history has been at the very heart of the culture wars in recent times. Wallace provides an animated inquiry into history as a hall of distorting mirrors, with particular attention to those who benefit and those who are deceived. This is a superb, eminently readable book. It deserves a very wide audience. --Michael Kammen, President, Organization of American Historians Mike Wallace has been running circles around history museums for twenty years--sometimes nipping at their heels, sometimes hollering encouragement from the flanks, now and then setting the pace and breaking the trail. Mickey Mouse History (itself anything but) shows better than any book so far how public debate keeps public history in shape. --Cary Carson, Vice President for Research, the Colonial Williamsburg Foundation
Toon meer Toon minder