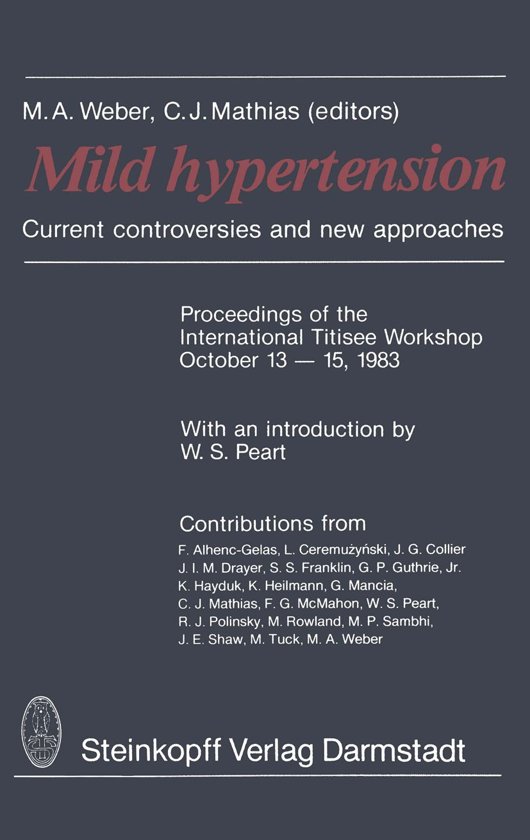 There is clear evidence that in severe hypertension lowering blood pressure, by drug therapy decreases the incidence of major cardiovascular events. Recent studies suggest that such benefit may also extend to patients with mild to moderate hypertension. The putative benefits of drugs may be offset, however, by their adverse effects and a prime example is the increased incidence of impotence and metabolic disorders in patients on thiazide diuretics. There is, therefore, a real need to look further into the therapy of patients with mild to moderate hypertension. The ideal drug in such patients would oppose the basic mechanisms responsible for the elevation in blood pressure, would prevent counter-regulatory responses and would have minimal side-effects in both the short-term and the long-term, the latter being of particular importance to younger patients. These aspects were considered at the symposium ''Mild hypertension. Current con troversies and new approaches'' held at Titisee in West Germany, October 13-15 in 1983. The foundation for discussion was set with an exposition of the neural and hormonal regulation of blood pressure in normal man followed by a consideration of the pos~ible pathophysiological mechanisms involved in patients with hypertension. Particular at tention was focused on the central nervous system and on effects governed by activity of the peripheral nervous system as these may well provide further opportunities for logical therapeutic intervention in clinical hypertension. The current management of mild to moderate hypertension was then reviewed.