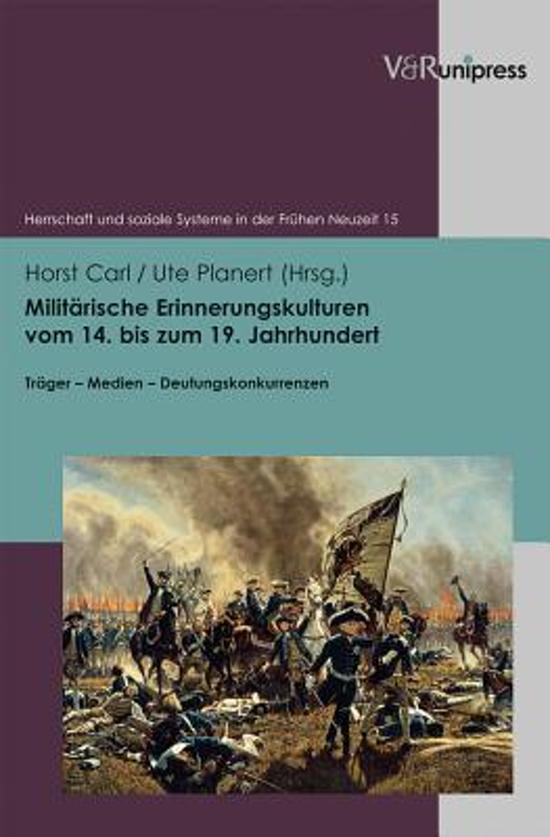 Remembrance of a common history creates a sense of community, provides social groups with a collective identity, enabling them to distinguish themselves from others. The fact that war memories have a particular propensity to create a sense of identity is testified not only by historical constructions of nation states in which military events play a prominent role. Within the military itself - which in early modernity evolved into a discrete social formation - the association between collective identity and its own particular commemorative culture is also very powerful. Creating meaning thus is invariably a way of legitimizing future claims through the interpretation of the past. The concept of military cultures of commemoration links military historical and cultural historical questions. It opens up a broad field of research that enquires not only into the bearers and objects of the respective commemorative cultures, but also the media that communicated these interpretations, thus embracing evidence found in the visual arts and literature as well as ritual practices and cultural stereotypes. The contributions in this anthology range from late medieval commemorations of battles to the Napoleonic Wars - which mark a turning point in German and European commemorative cultures, to aristocratic, civic and Swiss Confederate commemorations, the creation of Prussian regimental traditions, and war memories of combatants in the Napoleonic Wars.
Toon meer Toon minder