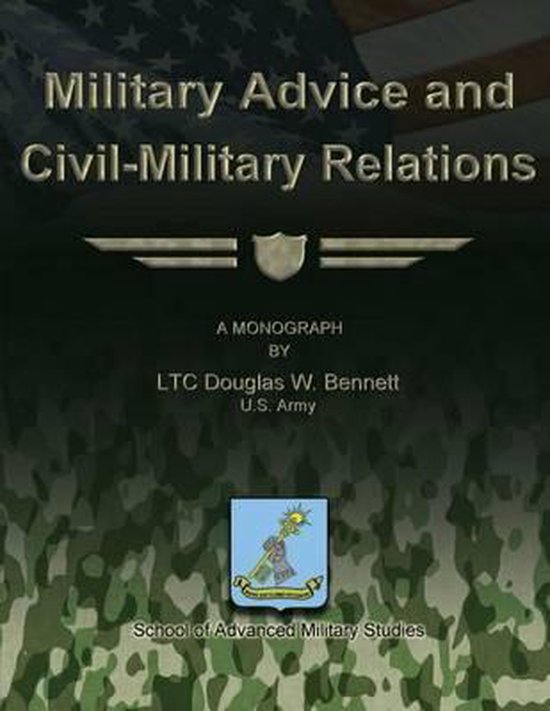 As the United States leads the world into the 21st Century, military leaders must gain and maintain the trust of the President and the Secretary of Defense by understanding and influencing the manifold variables that affect the civil-military relationship in order for their advice to be considered towards the goal of maximizing the security of the nation. This monograph examined three of the variables that impact the civil-military relationship with regard to understanding how military advice is received by civilian leadership – combat military experience of civilian leaders, political expertise of military leaders, and service parochialism –and examined them in the context of the Vietnam War and Operation Iraqi Freedom. The lack military experience of civilian leaders did not detract from the military security of the nation with respect to operational combat, and by extension, from the health of civil-military relations. The conclusion about political expertise in military leaders is not as definitive and is dependent on the characterization of the conflict involved. Service parochialism is a factor of the civilian leaders’ receptiveness to military advice. The military leaders need to be aware of this factor in order for their advice to be heard and considered in the formulation of national policy for military operations. In the aggregate, politicians will only hear and listen to military leaders if several things manifest themselves simultaneously. First, regardless of the civilian leadership’s experience in the military, the political administration must respect military culture as suggested by Herspring. Second, military leaders must have political experience to understand the ancillary functions of irregular warfare as recommended by Janowitz. Finally, there must exist a service culture that is divided enough to offer different opinions and alternatives, but not so divisive that it appears ineffectual and incoherent as indicated by Feaver.
Toon meer Toon minder