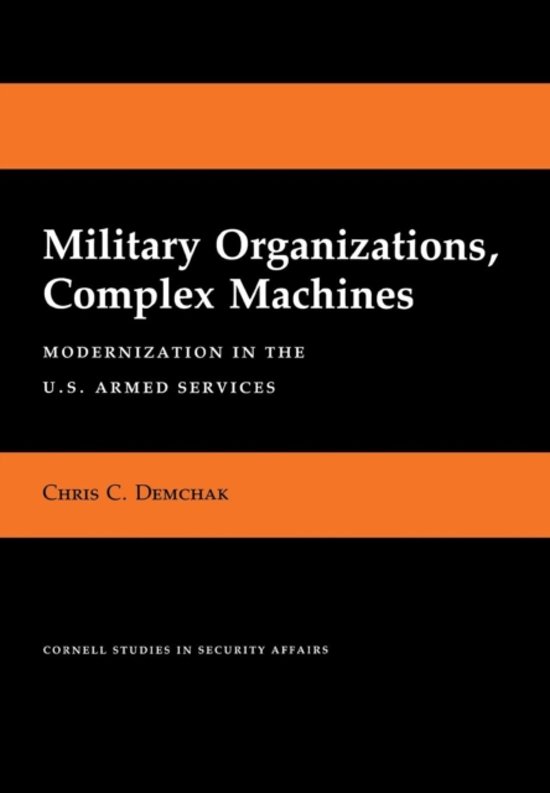 Chris Demchak explores the reasons why military machines surprise their users and how they can change both the complexity and effectiveness of tactical organizations. She uses the Army's experiences with its M1 Abrams tank, as well as other examples, to explain the interaction of complex technology and militaries that seek to control uncertainty. Under some conditions, Demchak demonstrates, complexity in critical machines induces increased complexity in the organizations that use them, and can produce an army different from the one that was intended. Drawing on organization theory and her data, she argues that understanding this interaction will heavily influence whether armed forces reductions, savings, and modernization produce rapid, successful military organizations or lethally unpredictable ones.