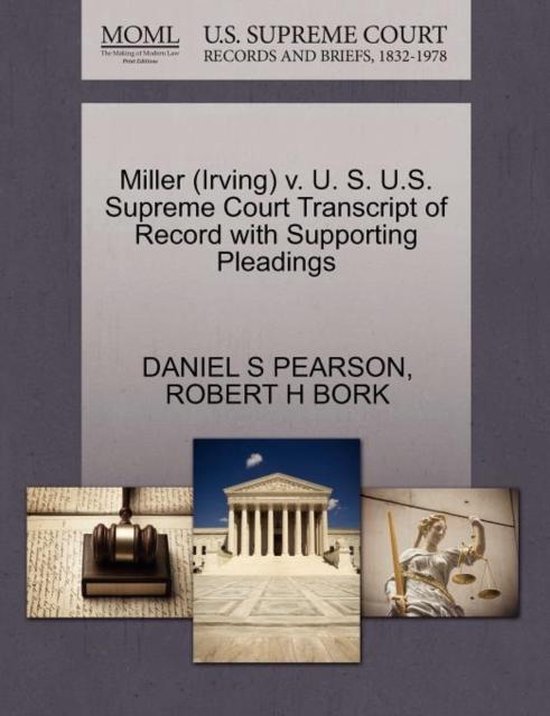 The Making of Modern Law: U.S. Supreme Court Records and Briefs, 1832-1978 contains the world's most comprehensive collection of records and briefs brought before the nation's highest court by leading legal practitioners - many who later became judges and associates of the court. It includes transcripts, applications for review, motions, petitions, supplements and other official papers of the most-studied and talked-about cases, including many that resulted in landmark decisions. This collection serves the needs of students and researchers in American legal history, politics, society and government, as well as practicing attorneys. This book contains copies of all known US Supreme Court filings related to this case including any transcripts of record, briefs, petitions, motions, jurisdictional statements, and memorandum filed. This book does not contain the Court's opinion. The below data was compiled from various identification fields in the bibliographic record of this title. This data is provided as an additional tool in helping ensure edition identification: Miller (Irving) v. U. S.Petition / DANIEL S PEARSON / 1974 / 73-1724 / 419 U.S. 970 / 95 S.Ct. 236 / 42 L.Ed.2d 186 / 5-17-1974Miller (Irving) v. U. S.Memorandum / ROBERT H BORK / 1974 / 73-1724 / 419 U.S. 970 / 95 S.Ct. 236 / 42 L.Ed.2d 186 / 8-7-1974
Toon meer Toon minder