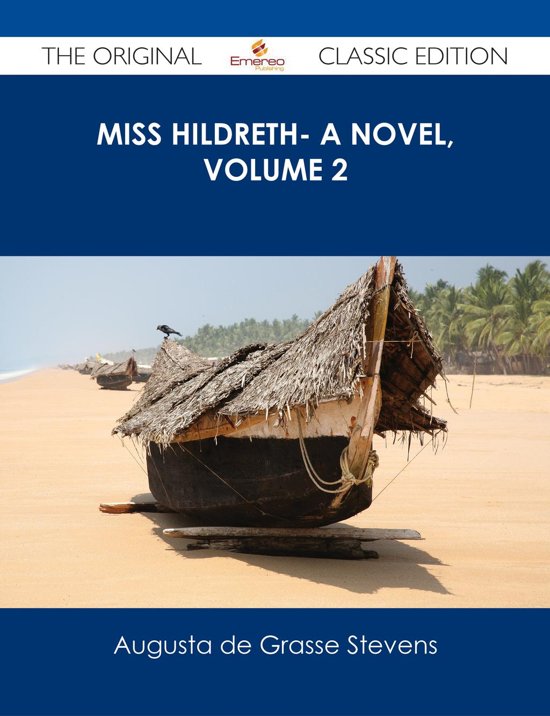 Finally available, a high quality book of the original classic edition of Miss Hildreth- A Novel, Volume 2. It was previously published by other bona fide publishers, and is now, after many years, back in print.


This is a new and freshly published edition of this culturally important work by Augusta de Grasse Stevens, which is now, at last, again available to you.


Get the PDF and EPUB NOW as well. Included in your purchase you have Miss Hildreth- A Novel, Volume 2 in EPUB AND PDF format to read on any tablet, eReader, desktop, laptop or smartphone simultaneous - Get it NOW.


Enjoy this classic work today. These selected paragraphs distill the contents and give you a quick look inside Miss Hildreth- A Novel, Volume 2:


Look inside the book:


Now and then a mounted orderly would ride past, leading an uncaparisoned horse by a long rein, the iron hoofs clattering over the bridge, breaking clear and distinct across the sharp morning air; presently they would disappear under the arched entrance to the barracks, and then, perhaps, a dark, sombre figure would come next, passing swiftly along, with secrecy written on every line of the face and habiliments, to be swallowed up in the frowning doorway of the Imperial Chancellerie; while those he passed on his way drew back instinctively, the women crossing themselves furtively, the men cursing below their breath. ...There are those, chief, who do not hesitate to assert that Stevan Lallovich's murder was but an act of justice on the part of his repudiated wife; those, too, who have the ear of our Empress, and who are never weary of instilling dislike and distrust of the Chancellerie in her mind, and who insinuate that Count Mellikoff's mission has more to do with secret and treacherous intrigues against the Tsar, than with the finding of a fugitive woman. ...At twelve o'clock that day, just as the great fortress cathedral chimes rang out the hour, repeating again the melody taken from the Eastern liturgy, 'How glorious is our Lord in Sion,' Ivor Tolskoi reached the side-entrance of the Palace court-yard, and, passing between the saluting sentinels, made his way towards a small door in one side of the building, before which marched constantly two of the Imperial Guard, whose business it was to watch jealously all in-going or out-coming traffic, and who, fully armed as they were, presented a sufficiently terrifying appearance, even to the most peaceful-minded.