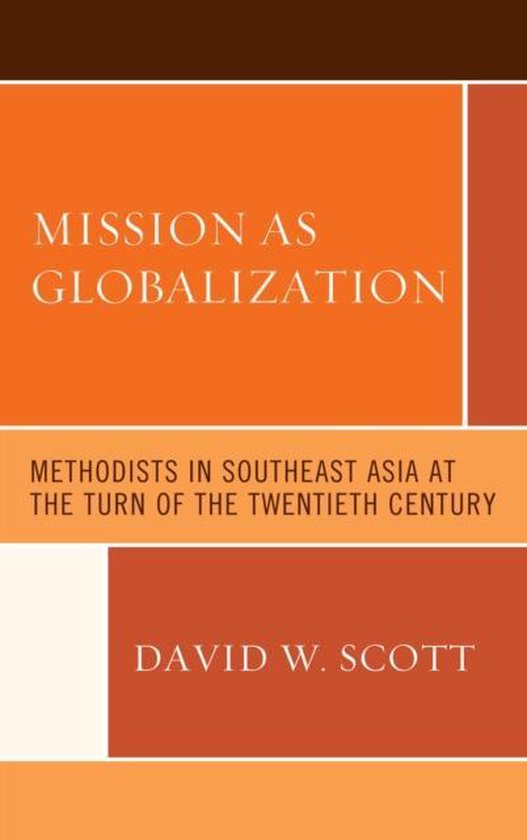 Through an examination of Methodist mission to Southeast Asia at the turn of the twentieth century, this broad-ranging book unites the history of globalization with the history of Christian mission and the history of Southeast Asia. The book explores the international connections forged by the Methodist Episcopal Church's Malaysia Mission between 1885 and 1915, putting them in the context of a wave of globalization that was sweeping the world at that time, including significant developments in Southeast Asia. To establish intellectual connections between the study of globalization and this historical setting, the book suggests six metaphors for understanding the mission. Each metaphor is based on some aspect of secular globalization: the Methodist connection as a migratory network, mission agencies as multinational corporations, the Malaysia Mission as a franchise system, the Methodist Episcopal Church as a media conglomerate, mission institutions as civil society organizations, and Methodist mission as a global vision. In chapters exploring each metaphor separately, the book reviews how each form of secular globalization functions to create transnational connections before examining the details of how the Malaysia Mission functioned in a similar fashion. Along the way, the book investigates the lives of all involved in the mission: missionaries, church members of the mission, and mission supporters. Although Southeast Asia (including the Straits Settlements, Federated Malay States, Sarawak, and Netherlands Indies) and the United States are important geographic foci for the book, India, China, Britain, Sri Lanka, Sweden, Germany, Australia, and Canada all have parts to play. In exploring these metaphors, the book draws on several scholarly fields including migration studies, business history, media studies, political theory, and cultural history, blending them together into a social history of the mission. By so doing, it identifies both ways in which the effects of Christian mission paralleled other globalizing forces and unique contributions Christian mission made to turn-of-the-twentieth-century globalization.
Toon meer Toon minder