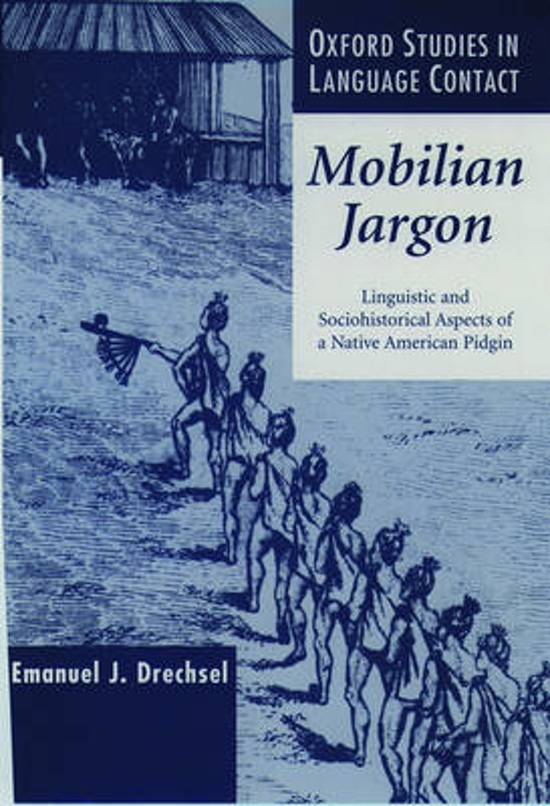 The study of Native American languages has traditionally paid little attention to linguistic convergence, just as linguists focusing on language contact have often neglected Native American cases. Drawing both on fieldwork and on archival research Emanuel Drechsel presents a grammatical, sociolinguistic, and ethnohistorical study of Mobilian Jargon, a Muskogean-based American Indian pidgin of the Mississippi valley. Mobilian Jargon functioned as an interlingual medium of communication among linguistically diverse southeastern Native American groups, and in contact between these groups and non-Indians, from at least 1700 until the mid-twentieth century. It also served as a a sociolinguistic buffer, providing native peoples with some protection against outside intrusions. The linguistic and extralinguistic evidence points to a pre-Columbian origin, and a role as a lingua franca among mound-building paramount chiefdoms of the lower Mississippi valley. Because of its focus on a non-European based case, Drechsel's study questions the universality of some concepts developed in pidgin and creole linguistics. It also carries significant implications for the ethnology of Native American peoples, and for the history of North America, suggesting that Native American peoples have had a greater historical role than has been acknowledged hitherto.
Toon meer Toon minder

it provides much new data on a language hitherto assumed extinct, and in doing so makes a number of valuable contributions to sociolinguistics and Native American studies in general ... Well argued and packed with relevant sociohistorical data, Mobilian Jargon is well worth the attention of historians as well as linguists. Both will find the book extremely readable. The linguistic descriptions are easy to follow. * Edward J. Vajda, WORD *