Modelling Hot Deformation of Steels An Approach to Understanding and Behaviour 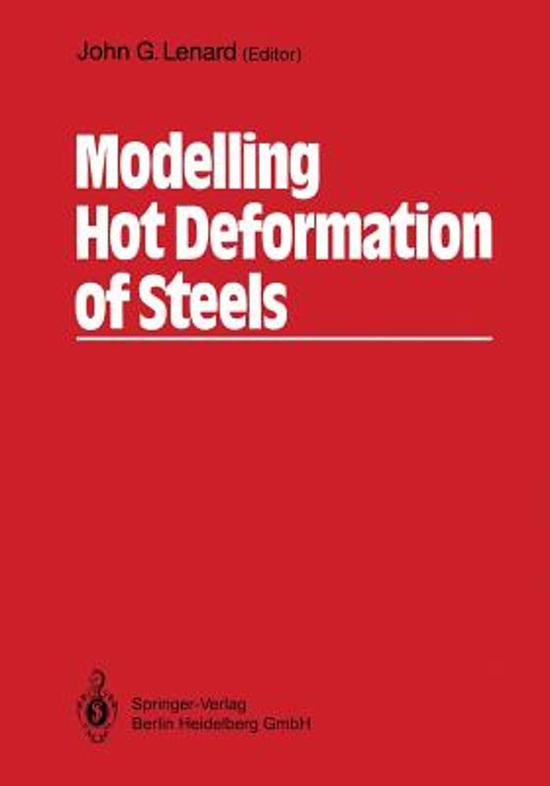 Computer Aided Engineering may be defined as an approach to solving tech- nological problems in which most or all of the steps involved are automated through the use of computers, data bases and mathematical models. The success of this ap- proach, considering hot forming, is tied very directly to an understanding of material behaviour when subjected to deformation at high temperatures. There is general agreement among engineers that not enough is known about that topic -and this gave the initial impetus for the project described in the present study. The authors secured a research grant from NATO (Special Research Grant #390/83) with a mandate to study the State-of-the-Art of Controlled Rolling . What follows is the result of that study. There are five chapters in this Monograph. The first one, entitled State-of-the- Art of Controlled Rolling discusses industrial and laboratory practices and research designed to aid in the development of microalloyed steels of superior quality. Follow- ing this is the chapter Methods of Determining Stress-Strain Curves at Elevated Temperatures . The central concern here is the material's resistance to deformation or in other words, its flow strength, the knowledge of which is absolutely essential for the efficient and economical utilization of the computers controlling the rolling process.
Toon meer Toon minder