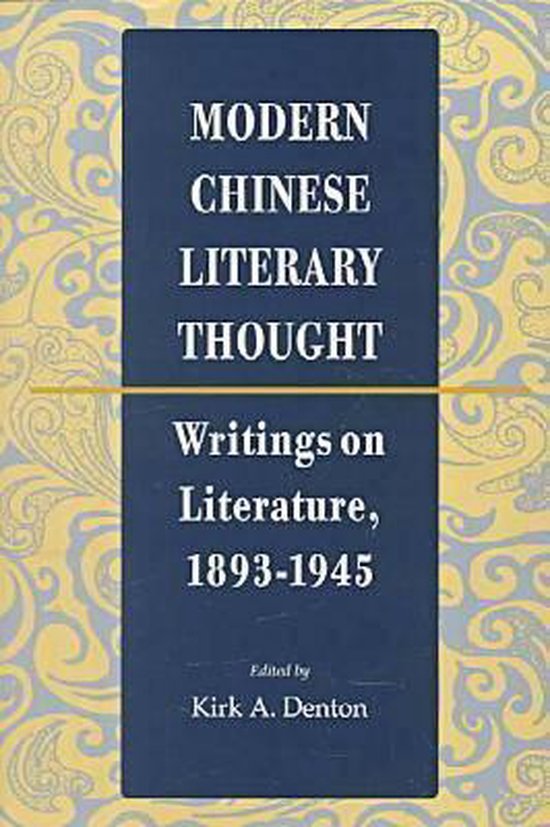 This volume presents a broad range of writings on literature from the period of the inception of literary modernity in China. Of the 55 essays included, 47 are translated here for the first time, including two essays by Lu Xun. In addition to the selections themselves, the author has provided, in an extensive General Introduction and shorter introductions to the five parts of the book, historical background, a synthesis of current scholarship on modern views of Chinese literature, and an original thesis on the complex formation of Chinese literary modernity. In the author's view, literary discourses were actively reshaped by Chinese writes and critics as responses to deep-set cultural problematics and the socio-historical imperative of the times. The selection of the essays reflects both the mainstream Marxists interpretation of the literary values of modern China and the marginalized views proscribed, at one time or another, by the leftist canon. With both the canonical and the marginal, this collection offers a full spectrum of modern Chinese perceptions of fundamental literary issues: the nature of the creative act; the relationship between the literary text and reality; the moral, social, and political role of literature; and the filiation of language, literary form, and content. In presenting the Western reading with a Chinese discourse (in the more traditional sense of the term) about literature, the editor attempts to construct a cultural context for the production of texts in modern Chinese literature. Why did modern Chinese writers write? What goals did they have? How did they think about literature and its relation to its audience and the world? To read the response to these questions is to deepen our understanding of the experience of modernity that lies at the root of works of modern Chinese literature. The selections were translated by 33 leading scholars in the field of modern Chinese literature.
Toon meer Toon minder